Founder of Rose of Sharon House of Fashion, Mrs. Folorunso Alakija, reputed to be the second richest woman in Africa after Dos Santos has recounted how God stopped her from using jewelry.

Alakija who is also an apostle made the disclosure on Sunday, November 28 while ministering in Lagos at the Amazing Grace Pentecostal Church’s 25th anniversary. 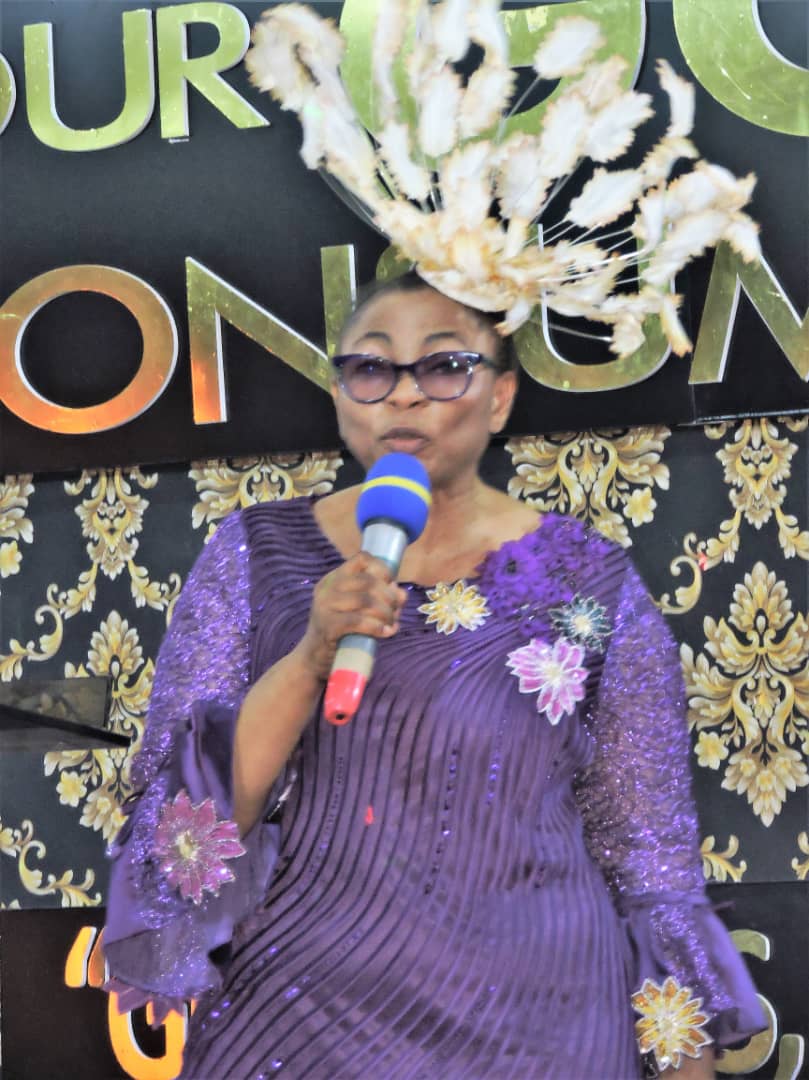 She told the congregation that it took ten days for God to stop her from using jewelry recalling how she was a jewelry freak.

“I used to love jewelry. I had all kinds and the jewelry had to match every cloth I wore. In those days I used to tell God not to take jewelry from me. If anybody had come to me and told me not to wear jewelry, I would not have listened to the person. I would have wondered where that person is coming from. But by the time God started dealing with me on it, I had no option but to do away with it.”

Describing her experience as personal she said the turning point began when she started bleeding from her ear lobe while she was sleeping.

“That night I just suddenly found I was bleeding from my ear lobe. I did not sleep with earrings that night so I wondered what could have caused the bleeding. My ear lobe became sticky. When soap touched it while I was having my bath, it was hurting.”

She said a week before that experience, her younger sister had a dream that she saw that her ear lobe had cut.

“That dream was almost becoming a reality. At a particular time when we were praying, a nephew of mine asked if I put lipstick on my earlobe because it had become read. The experience was not funny. But to cut a long story short, it took ten days for God to deal with me. Finally, I gave it up. Now I am free.” 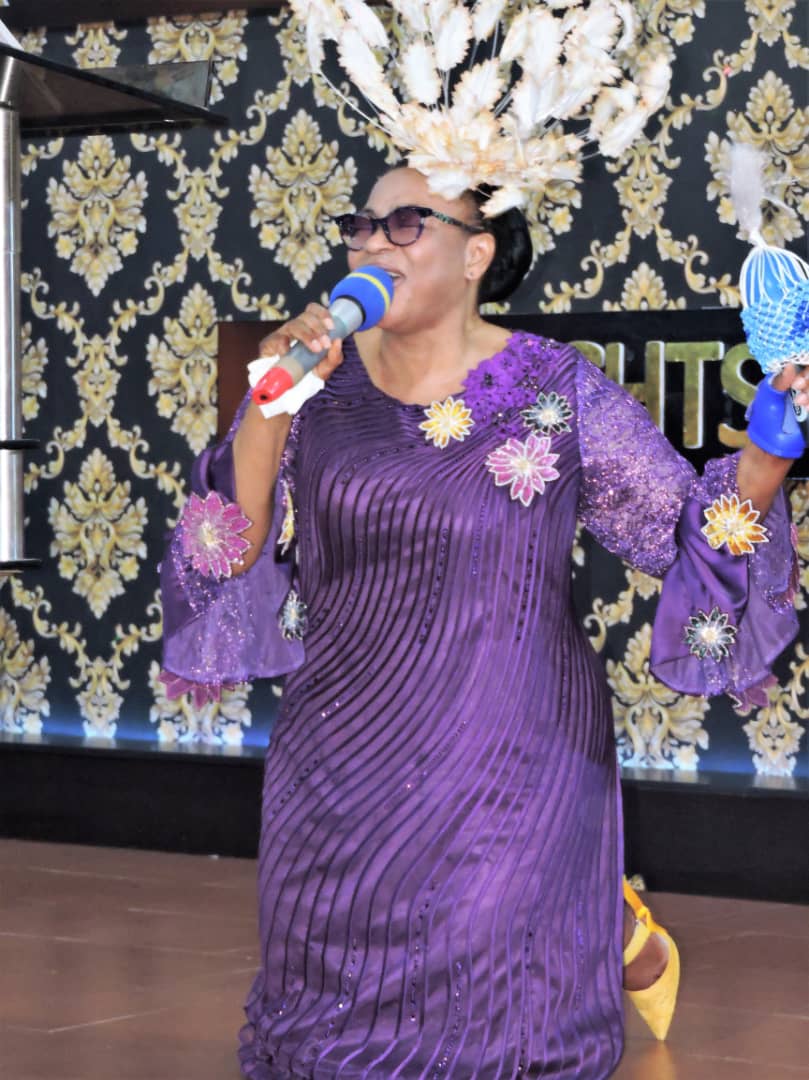 She said since she began doing God’s will, preaching the gospel, it has been from one battle to the other.

She recalled how she almost died in an accident on the third mainland bridge. The tyre on the side of the vehicle she sat in, burst, and the vehicle swerved right towards the lagoon. It was difficult for the driver to control the steering to the left. Eventually, the vehicle which according to her weighed 30 tons somersaulted.

The four of them inside the vehicle were trapped, but for the seat belt, they would have suffered severe injury if not death.

Alakija said the driver of another vehicle coming behind was the one who eventually came to help them out of the vehicle.

The 70-year-old woman who has chains of business interests said she now spends more of her time serving the Lord.

“I take some days in the week, stay back at home to pray, and just seek the face of God. It got to a point in my life I realised that God had done so much for me and I said to God, to tell me what I can do for Him. I wanted to be sure I was in line with His will for my life. God told me to raise an altar for him in my house. And that is what I have done.”

She said when God asked her to be holding crusades, it was like it could not happen. “But today, the Lord has helped us to hold several crusades, reaching out to souls.”

Describing Bishop Chioma Dauji, the General Overseer of Amazing Grace Pentecostal Church as a wonderful servant of God, she said, “The first time we ever met, she came across as somebody with a real burden for the lost. She is a woman who loves the Lord. I was surprised when she mobilised her church members to come and clean chairs at our first crusade some years ago.

“Since that time we have been bonding. We are both fashion lovers. We both reach out to widows and the less privileged. That is the connection that the two of us have.”

Alakija said she would not have ventured into taking care of widows and orphans if God had not expressly told her to do so. “Before now, I was only interested in people that are handicapped. I don’t feel comfortable when I see the lame or people walking on their chest. I would park my car and give money. My fashion shop in Surulere was a centre for many of them. They used to come to collect money.

“I was doing that for a long time until God told me to begin to concentrate on taking care of widows and the orphans. God gave me the scripture James 1v27. I had not read that scripture in my life before that time when God gave me. When I saw the scripture, I had to obey God.”

She said her foundation, Rose of Sharon Foundation which was founded in 2008 has been primarily taking care of widows and orphans. She said the work in this regard is massive. “no one person can do it. There are too many widows and orphans out there that need help. That is why my sister, Bishop Dauji should be encouraged. We are in this together. We are looking after widows, looking after orphans all over Nigeria.”

Alakija: We still have much to do for God

Taking her message from Philippians 3v13-14, she said there is still a lot to do in the world for the Lord. “There is so much work to be done. As long as we have life, we have to keep pressing and working. We can’t afford to be stagnant. The more you do for the Lord, the more you realise there is more to be done.

“Paul in his lifetime embarked on an extensive missionary journey throughout the old Roman Empire. He wrote 13 out of the 27 books of the New Testament. He was the Apostle of Jesus to the world. We must never get to the point of saying enough. As long as God is not tired to fill us with His power and grace, we must not be tired of working for him”

She charged the church to press on saying, “There are still many souls that are yet to know the Lord. We can’t afford to be tired. We can’t afford not to be a blessing to the world. A city set on a hill can’t be hidden. We are that city. We have been sent to the world unfortunately many of us are busy chasing after money.” 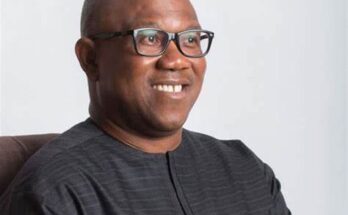 How Peter Obi was invited to RCCG Redemption City, why he was not given the microphone