Trending Now
Adeboye: Some women consider it privilege to sleep...
Despite challenges, God has been good to Nigerians...
Writers save lives, solve problems says Omotosho @...
Prince Harry’s book that hit 1.2m sales in...
Ex-Apola king, Idowu Animasawun celebrates 85th birthday with missions...
Nigeria can’t make progress if the Church is...
Peter Obi: I have not promised I will...
2023 elections and the imperative of divine timing
RCCG announces Prof. Aboaba’s passage says “He is...
The Paternoster Code: Debunking the age-long misconceptions about...
Home News It took ten years for my employment to be confirmed @ UNILAG- Prof Tola Sunday 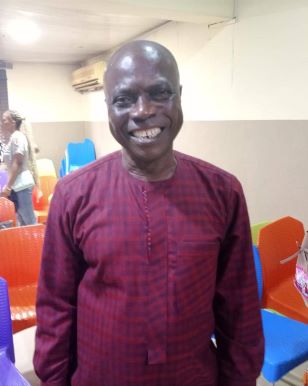 A University of Lagos Professor of Mass communication Prof. Oloruntola Sunday has recounted the challenges he encountered shortly after he abandoned the newsroom for the academic community recalling how his employment at the University of Lagos was not confirmed until after ten years of working.

He shared the experience at the Lagos monthly meeting of Journalists for Christ on Saturday, August 28.

Prof Sunday who had his first degree in Mass communication in 1985 also recalled his early years in the journalism profession and how he sold newspapers as a journalist.

Before he veered into academics, he worked with several newspapers some of which folded up during his career. It was when one of the media he was worked for folded up that he decided to go into newspaper distribution business.

He said, “A friend introduced me to newspaper distributorship business. I embraced the idea and thought it would be a great one. But with time I discovered that there was a lot of fraud in the system. Some of the vendors that we were supposed to supply had access to stolen papers from the media houses thus making it impossible for us to dispose copies we had already paid for. It was in an attempt to sell off those copies that I had to personally start hawking the papers.” he said.

When the business was becoming frustrating, Prof Sunday said he had to quit. Shortly after, he secured a job with Daily Times. It was while in Daily Times that a friend informed him of a vacancy at the University of Lagos for the position of Assistant Lecturer in the Mass Communication department.

That was how he joined the academic community. He noted however that lecturing has its own challenges. “While in UNILAG I had to go through a lot of challenges But God saw me through. It took about 10 years before my employment was confirmed. I was caught in between a lot of politics. I could have left in frustration but I endured those challenging times. Today it has paid off” he said.

The UNILAG professor also recalled how he had to undertake a PhD in Agric Communication despite not being inclined to the sciences. “The Federal University of Agriculture, Abeokuta had advertised the course and I just felt I could give it try. I applied and was admitted for the programme. But then I had no background in the sciences. I had to take elective courses in the undergraduate programme of the department while also pursuing the PhD programme. It was really tough,” he said.

He recalled how he went blank for 15 minutes during one of the tests in Statistics. “I could not just write anything in that test. And I could not be cheating in exams, I then made up my mind to study hard for the course. What I did was spend about eight hours practising statistics every Sunday After church before I mastered the course. Eventually, I did very well in the exams” he stated.

Prof Sunday who worked as a reporter for 12 years before joining the academic community said God has been faithful. “I strongly believe in prayers. I believe that God has been at the centre of my career progress. I also want to thank my family especially my wife who endured the challenging years of travelling between Lagos and Abeokuta while I was pursuing my PhD programme.”

Earlier at the meeting, the President of JFC, Mr Lekan Otufodunrin had shared thoughts on the biblical way of giving during which he stressed that the Christian kind of giving should not all be about money. He said, “Giving should be done without thinking of getting back from the person we give to. We must also know that it’s not only money we can give. We can give our time and other resources including pieces of advice that can help people around us.”

“As homosexual, I was using about four pampers daily, how God delivered me”