Trending Now
A “widow’s” lamentation and lessons for RCCG, others...
God’s word: A case for non-English speakers in...
Adeboye: Some women consider it privilege to sleep...
Despite challenges, God has been good to Nigerians...
Writers save lives, solve problems says Omotosho @...
Prince Harry’s book that hit 1.2m sales in...
Ex-Apola king, Idowu Animasawun celebrates 85th birthday with missions...
Nigeria can’t make progress if the Church is...
Peter Obi: I have not promised I will...
2023 elections and the imperative of divine timing
Home Features  Akintunde Cole-Onitiri: 10 years after  exit of the people’s professor 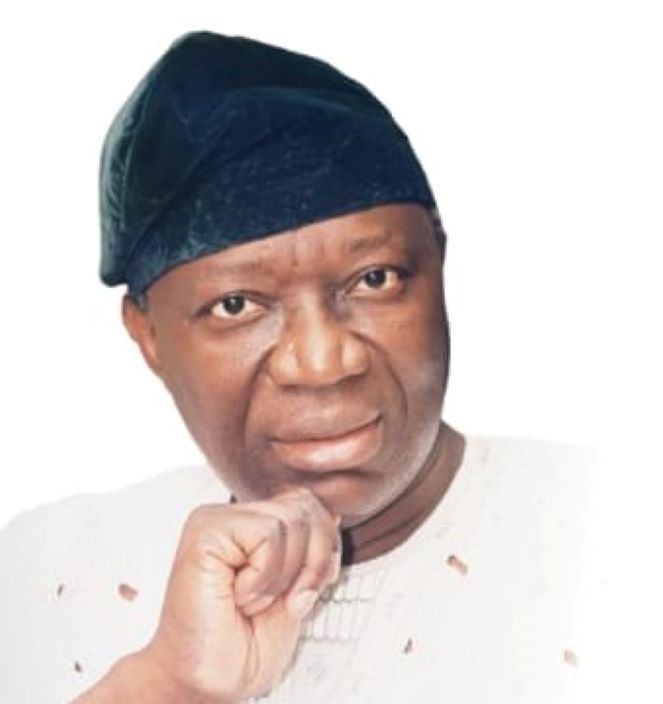 Akintunde Cole-Onitiri: 10 years after  exit of the people’s professor

The news came like a flash, and then the confirmation. A professor of medicine and member of the Board of Regents of Covenant University, Prof. Akintunde Cole Onitiri had passed on.

Until his death, he was very active and had honoured a number of invitations to public functions.

His death was not a consequence of ill health. He was at work on the day he answered the eternal call.

He was actively practicing medicine and would not joke about the health of his patients.

As the chairman and Medical Director of Shallom Hospitals, Cole-Onitiri did not take lightly any emergency call.

This writer had a first-hand experience of how he attended to patients with the compassion of a father. His faith in God was outstanding. He was always concerned about the salvation of souls.

I first met Professor Onitiri in 1998. My meeting with him was at the instance of the secretary of the National Prayer Movement, Gbemiga Olakunle, a close friend and brother. He carried the burden of Nigeria.

Prof. Cole-Onitiri was the first alumnus of the University of Lagos to become a professor of medicine.

Prof as he was fondly called was the chairman of the National Prayer Movement. The first chairman of he prayer body was Pastor Enoch Adeboye of the Redeemed Christian Church of God. The movement had been established long before Nigeria Prays was founded by General Yakubu Gowon.

Onitiri had led prayer meetings for Nigeria. He had also had cause to hold weekly prayer sessions at his Lekki residence for Nigeria along with some laymen and church leaders.

He along with members of the NPM had moved from Church to church holding prayer meetings and urging people to pray for Nigeria.

He was so passionate about the Nigeria project that he would not hesitate to engage anybody that came his way on issues of national development and how to move the nation forward.

From the time of my first meeting with him till he passed on our relationship continued to grow. The last five years of his life during which I began publishing Church Times Nigeria were quite eventful.

He had suffered from an attack in 2005 which left him paralysed but he came out of the attack victorious, He had cause to travel around Nigeria sharing the testimony of his recovery with Christians especially members of the Full Gospel Business Men Fellowship.

That attack and his eventual recovery were a strong indication that God still wanted him around to do the work of evangelism.

Soon after his recovery, he pursued evangelical work with a zeal that left many wondering at the speed of his recovery.

The Pentecostal Fellowship of Nigeria had had cause to invite him to its programme on a number of occasions. He had cause to travel outside the country doing mission work and spreading the gospel of Jesus Christ to many unreached areas of the world.

Indeed, he spent most of his active years on the mission field.

I had cause to meet with him on a regular basis.

He was not just a man who had a burden for Nigeria but somebody who cared about the progress of young people around.

He was chairman of Church Times Nigeria

Prof gladly accepted the offer to be the chairman of Church Times Agency, the outfit that publishes Church Times Nigeria. He had rendered selfless service in ensuring that the paper grows.

Indeed, the last meeting with him was on how the fifth anniversary of the publication would be celebrated. We had agreed to hold our first major board meeting sometime in September of the year 2012. He prayed along with the Church Times team at his office in Lekki and had expressed his willingness to host another meeting at a new office which he said he was working on.

At the Lekki meeting which lasted about an hour, Onitiri who was a national director of the Full Gospel Business Men Fellowship and a former chairman of Clinical Pathology of the College of Medicine, University of Lagos still talked about Nigeria. He was alarmed at the corruption in the country and kept wondering why a few people would hold the majority hostage by messing up the economy of the country.

He took time to open Bible portions on the need to live right and do the right thing noting that the blessing of God is sure on those who do His will. I never knew that was going to be the last meeting with him.

Prof. Onitiri talked with so much passion that afternoon. One could read from his visage that he was really disturbed that corruption had become a norm in Nigeria rather than the exception.

Onitiri related well with the poor

But there are just certain things about this great servant of God that is difficult to forget. One of these things is the way he related to low-class people. It was difficult for him to turn a blind eye to people that are hurting.

That perhaps informed his relationship with the Blind Association led by one Yinka Gbadamosi who is also now late. Around when Gbadamosi, a blind footballer and founder of the Blind Football Academy celebrated his 4oth birthday, Onitiri took time to celebrate with him. He was at the ceremony and stayed with the celebrant all through the service and even during the reception. He was never in a hurry when it concerned issues that affected others. And that was the spirit with which he related to the poor in the society.

He had preached severally at many Christian gatherings sharing the story of his conversion and urging believers to respect the humanity of others.

He also tried to make his listeners appreciate that they have been created in the image of God and that they should at no point succumb to the lie of the devil that they are nobody. Prof often stressed that people who had an education but had no Christ are ready tools for the devil.

For Onitiri, who became a professor of medicine at the age of 34, his death was not only a loss to Nigeria but a loss to the medical profession. His death had really created a vacuum in the field of medicine. Though his sudden exit is painful, it is heart-warming that he lived a glorious and fulfilled life.

He was not only an epitome of humility and service to humanity; he demonstrated that life can only be meaningful when one makes God a priority.

It is heartwarming that his wife Cecilia who runs the vision of His Heavenly Light Ministry and children have continued with the legacy he left behind.

Pastor Mrs. Cecilia Cole-Onitiri, who operates in the prophetic ministry has continued to hold the forte through His Heavenly Light Ministry located in Lekki, Lagos.