Trending Now
A “widow’s” lamentation and lessons for RCCG, others...
God’s word: A case for non-English speakers in...
Adeboye: Some women consider it privilege to sleep...
Despite challenges, God has been good to Nigerians...
Writers save lives, solve problems says Omotosho @...
Prince Harry’s book that hit 1.2m sales in...
Ex-Apola king, Idowu Animasawun celebrates 85th birthday with missions...
Nigeria can’t make progress if the Church is...
Peter Obi: I have not promised I will...
2023 elections and the imperative of divine timing
Home News 2023: History about to repeat itself, era of evil politicians will end soon-Bakare 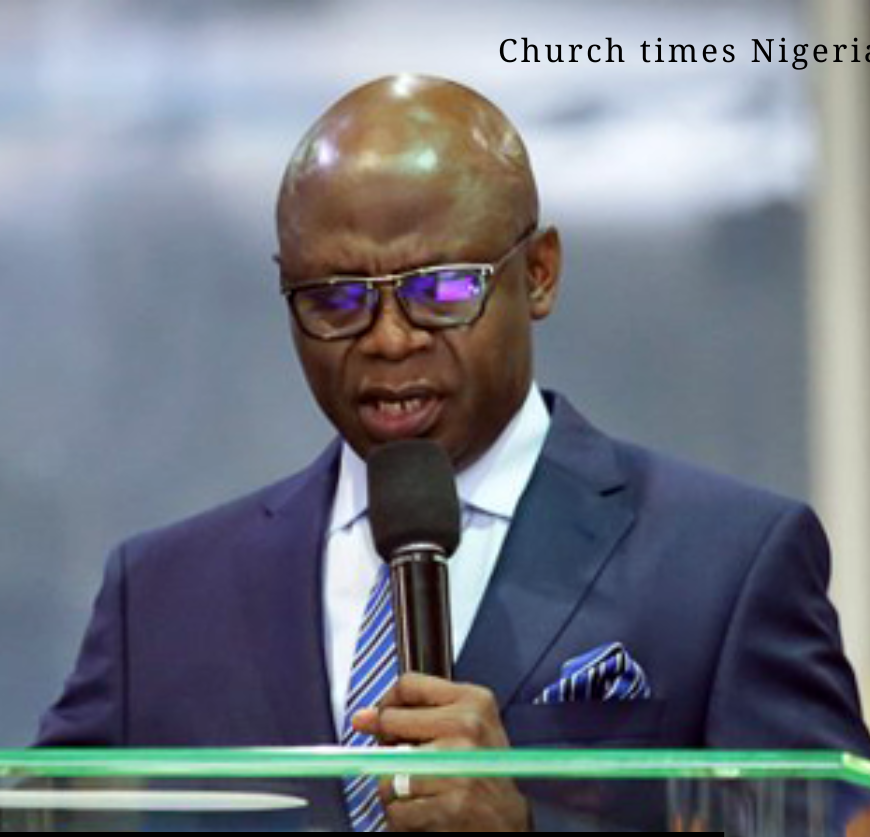 2023: History about to repeat itself, era of evil politicians will end soon-Bakare

Serving Overseer of Citadel Global Community Church, Pastor Tunde Bakare has declared that the scenario that played out in 1993 in Nigeria is about to repeat itself urging Nigerians to get ready for an outbreak of joy in the land.

Bakare made the submission while concluding a broadcast to the nation at the church premises on Sunday, January 15.

In the address titled, Bridging the gap between politics and governance’ monitored by Church Times online, Bakare recalled some of his prophecies during the pre and post-1993 elections and how they were all fulfilled.

He reiterated that a similar scenario would play out before and after the 2023 elections.

He said, “Everyone holding Nigeria down will become history. Get ready there will be an outbreak of widespread joy in the land. Very soon new candidates will arise, and old candidates will perish” he declared.

He recalled how he prophesied the death of General Sani Abacha referring to Tell Magazine where the story was published and how he was interrogated by the Directorate of Security Service.

The cleric who had once said he would be the 16th president of Nigeria had earlier in his speech given a clinical x-ray of what politics and governance are all about.

He likened the two phenomena to courtship and marriage.

According to him, politics is about seeking power while governance is about the willingness to roll up the sleeves while in power to serve the people.

While noting that the dialectics of these two phenomena is crucial to building the nation, he took time to analyse bad politics.

He identified several types of bad politicking including politics of merchandise, slander, entitlement, deception, and manipulation.

Bakare noted also that many politicians practice the politics of betrayal which produces unprincipled leaders. He decried the manner politicians; especially of the Peoples Democratic Party and the All Progressives Congress, cross the carpet without any recourse to principles.

He recalled the murder of Engr. Funso Williams, Chief Bola Ige, and a host of others at the onset of the current political dispensation wondering how politicians seek for power by all means.

He also took time to talk about good politics noting that, “good politicians are principled and realistic. They show empathy for the people. Good politicians don’t dwell on the past. They have a possibility mentality.

“They are vision-driven. They base their campaign on issues rather than result to slander. They build their campaign on data. They talk to the people they want to govern. They are willing to answer questions. They don’t delegate their questions to others”

Bakare decried tribal sentiment and how politicians have used religion to divide Nigerians.

He expressed confidence that the time has come for a new set of politicians to emerge.

He assured that “ Before we cast the vote another Newbred without greed will emerge. If anyone from PDP or APC asks you, how will  that happen; we have concluded the primary, tell them God is  bigger than what the world says”

At the end of the broadcast, he led the congregation singing lyrics that suggest an end to the old era.

Miracle seekers, the church, and the miracle we need