Trending Now
A “widow’s” lamentation and lessons for RCCG, others...
God’s word: A case for non-English speakers in...
Adeboye: Some women consider it privilege to sleep...
Despite challenges, God has been good to Nigerians...
Writers save lives, solve problems says Omotosho @...
Prince Harry’s book that hit 1.2m sales in...
Ex-Apola king, Idowu Animasawun celebrates 85th birthday with missions...
Nigeria can’t make progress if the Church is...
Peter Obi: I have not promised I will...
2023 elections and the imperative of divine timing
Home News Sokoto: Deborah Yakubu buried, Kukah’s house intact, several churches vandalised
News 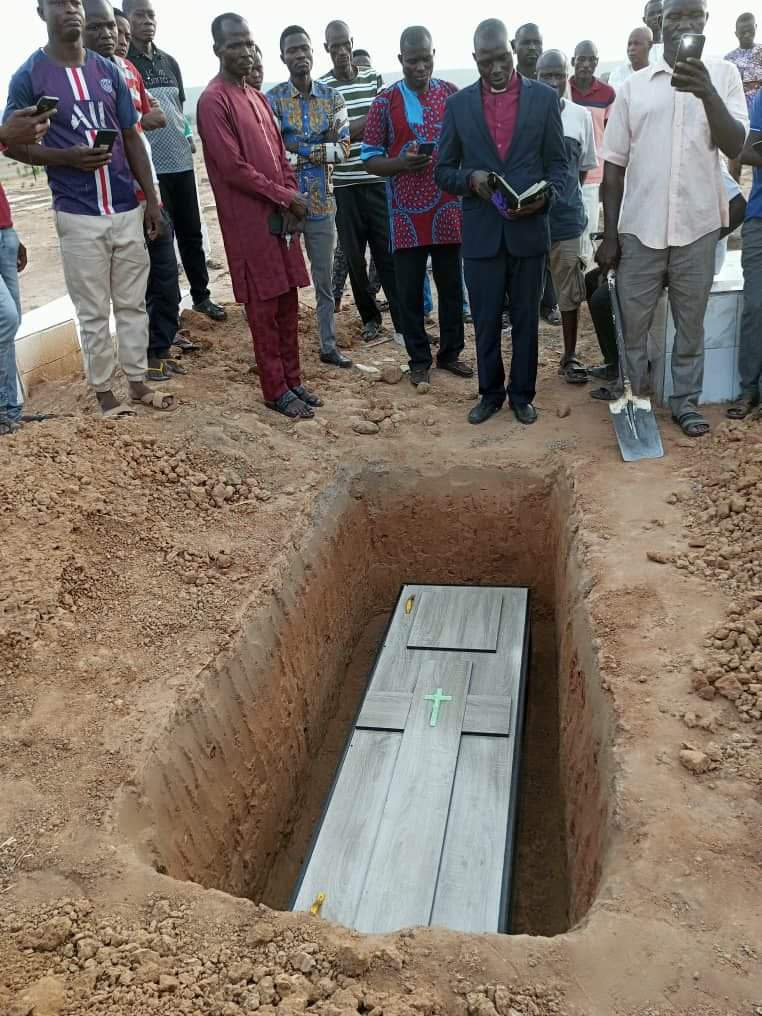 The Catholic Church has denied reports that the house of Father Hassan Kukah was set on fire following the protest on Saturday by some Muslim youths in the state.

The Muslim youths were protesting the arrest of people connected with the murder of Deborah Yakubu; the 200-level Economics student of Sheu Shagari College of Education, Sokoto State.

Deborah Yakubu was the Sisters’ coordinator of the Fellowship of Christian Students on the campus.

Her remains were buried on Saturday, May 14  in her hometown, Tunga Magajiya, in Rijau local government area of Niger State

She was alleged to have blasphemed Prophet Mohammed and was stoned and burnt to death by an irate mob on Thursday, May 12.

A viral video showed the faces of those who murdered her.

The Director of Social Communication of the church in Sokoto, Father Christopher Omotosho however said in a statement on Saturday, May 14 that the house of Father Kukah was not attacked as being reported on social media

The governor of the State, Aminu Tambuwal had imposed a 24-hour curfew on the state following the protest

Omotosho however informed that the Holy Family Catholic Cathedral on Bello Way in the state was attacked by the protesters.

“They destroyed the glass windows of the church and those of  Bishop Lawton Secretariat. The community bus parked within the premises of the secretariat was also vandalised.”

“St. Kevin’s Catholic Church on  Gidan Dere, Eastern By-pass was also attacked and partly burnt by the protesters. Windows of the hospital complex under construction on the same premises were also shattered.” the statement read.

Father Omotosho noted in the one-page statement that the prompt response of a combined team of mobile police helped to forestall further destruction.

CAN PFN give report

The Secretary of the Sokoto State Chapter of the Christian Association of Nigeria, Dr. Godwin Adole, and his Pentecostal Fellowship of Nigeria Counterpart, Dr. Uche Onyemerekwe also told Church Times that many other churches were vandalised by the rampaging Muslim youths.

The churches according to them were Baptist, Christ Apostolic Church,  ECWA, and a host of others

The protesting Muslim youths also vandalised shops and buildings of people while returning from the Sultan’s palace where they went to make their demands.

Dr. Adole expressed deep worry at the turn of events.

He said, “We should be the ones protesting the criminal way our daughter was killed, but they are the ones still protesting. This is a clear case of lawlessness.

“We have appealed to our people not to take the laws into their hands and they have complied. It is sad that the Muslim youths don’t see the wrong in their action.”

He expressed hope that government will not succumb to their blackmail by releasing the suspected murderers of Deborah Yakubu.

“We are following up on the matter and we are going to ensure that justice is done in this case,” he said.

Adole said the youth wing of CAN was planning a wide national protest but they were stopped from such because it may go out of control.

“We have been calming our youths and urging them to be law-abiding. Unfortunately, the Muslim youths are acting above the law.”

He said the reason the killing of innocent people has persisted in the North is that justice has not been served in times past.

“That is why we are saying that this particular case must not be swept under the carpet,” he said.

Meanwhile, the Catholic Church has suspended Sunday Mass in Sokoto Metropolis until the curfew in the state is lifted.

PFN secretary in the State, Dr. Onyemerekwe informed that church services in the metropolis will not hold on Sunday, May 15. “We need to observe the turn of events,” he said.

The crusade being planned by the Redeemed Christian Church of God for Monday, May 16 and 17 in the state may also be shifted pending when normalcy returns to the state.

It is a pity that these barbaric events are still rearing their ugly heads in Nigeria in this 21st century. While people are crying for alleviation from poverty and all its allies, some are busy thinking and planning to destroy the achievements of others.

I strongly feel that there is more than meets the eye in this context and situation.

I feel that the abject poverty in the North and the docile attitudes of all levels of leaders in the North may be the remote cause of these events. For example, what pragmatic efforts have been made to develop Northern youths and citizens to become buoyant economically. There are stinkingly rich people and leaders from the North. What contributions have they made to practically develop the Northern States and environs? Apart from their immediate families, who have they developed and helped to rise up? What have they contributed to the self-development of the youths and the citizen of the North?

Let us take a critical look at the protesting muslim youths, both now and in the past. How many of these destroying youths in question hold responsible posts in society? How many of them have good future in view? How many of them are University graduates, or gainfully employed, or manger of industries, or leaders of progressive companies, or enterprising business owners, or successful traders? Behind the scenes are a few, unscrupulous, ill-motive money-bags people who make use of these youths as destructive tools to maim and destroy in the name of religion.

These youths are living in abject poverty. So, giving them peanuts with instructions to go and destroy lives and properties is really enticing. If a young man is dying of hunger, it would be very difficult for him to reject 10,000 Naira with the instruction to go and destroy. After all, if he did not die in the process of destroying others, hunger would kill him. Either way, death is knocking at his door.

Because the muslim youth are either jobless and idle or they are not earning enough to sustain themselves, it is easy for unscrupulous few money bags with deadly intentions to manoeuvre them to perpetrate evil. If a young man has his vision for success on ground and he is pursuing it and working on it day and night, and he is seeing it grow consistently, he would not have time to listen to destructive money-bag leaders. He would not agree to truncate his success and future because of peanuts dashed out to him.

I stand to be corrected. But I feel strongly that some of the remote causes in the minds of these youths are poverty, jealousy, anger and a futile lifestyle. POVERTY: They are perpetually living in poverty without any remote hope of escaping from poverty in view. JEALOUSY: Because of their poverty-stricken lifestyles, they become envious of those who are making it and progressing. They seem to see others as benefitting from what ought should have been theirs. They become envious of the wealth and properties of others. ANGER: Any form of trigger becomes relevant. these envious people often fail to reason why they are being paid to destroy others and their properties other than the fact that they are not muslims. In anger, they destroy what they know they cannot achieve in their lifestyle. If they had worked hard to build a property, would it be easy for them to set fire to the properties of others? Would they be happy seeing others set fire to their own properties? FUTILE LIFESTYLE: Their futile lifestyle becloud their sense of reasoning and they do whatever they are being told without deep thought of the consequences. They forget that even if they are shielded and the Government did not bring them to book, God would not hold them guiltless and they would not go unpunished. Even if they do not believe in God, they forget that the law of cama would catch up with them.

The bottom line is to let the Northern leaders work hard and build their territory for sustainable living and all these irrational actions would stop. Dubai is an example of such pragmatic efforts.