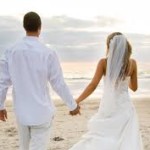 Therefore as the church is subject to Christ, so let the wives be to their own husbands in everything. Husbands love your wives even as Christ also loved the church, and gave Himself for it. Ephesians 5v25-26

There is nothing as devastating for a servant of God as having a home he cannot be proud of. If he cannot shut his mind to the problem he faces at home he will become weak on the pulpit and may also compromise the truth of God’s word. That is why Paul gave the instruction that anybody who will be a bishop or a pastor to put it mildly should be a person whose home is in order.

What we have seen over the years however is that many servants of God have fallen prey to the enemies device. Some have completely lost control of their homes while many have just been vulnerable. The truth however is that when it comes to the issue of marriage, it is hard to trade blames. It is hard to judge any couple because he who feels it knows it. It is hard to draw conclusions because every marriage is unique. No two marriages are the same.

What is constant is the word of God. We keep going back to the word. What does the word of God say concerning marriage? It is not in our brief to join the fray of divorce or no divorce. But is important to go to the fundamentals because we need to understand why marriages supposedly contracted under the leading of the Holy Spirit go into tatters.

One thing is certain: It is either the parties involved are lying about being led by God because God will not join two evils and God will not mismatch or they are simply ignorant of what it entails to stay in marriage. The other extreme is that they may know the truth and just be unwilling to shift ground. It is also possible that one of the partners in marriage is not a Christian or that the marriage was contracted when they were still unbelievers. So in such instances one can understand.

But what we have seen over the years is that tongue-talking believers and church leaders who supposedly married in the Lord have decided to call it quit with their partners. The examples abound and I think it is not necessary to go into that for now. The other reality is that many church leaders are passing through hell in their marriages. Many of them who are mature enough or perhaps have enough stamina to face trials have decided to keep sealed lips and rather endured the consequences of a wrong choice; while those who cannot endure have taken the bolekaja option. They have simply thrown caution to the wind and have damned the consequences. It is their life and they have the right to pursue their happiness.

My interpretation is that it gets to a point in life that the choices we make have adverse consequences than the perceived benefits. Human beings are always in search of alibis. They want to hide under something. They want a referral. And that is why some actions that are innocently taken by leaders have greater consequences on the followers. This is not about divorce or no diviorce because that will be begging the issue. It is about weighing the options we take when our marriages go awry.

Now let’s go to the basic issue: What will make a man, a spirit filled man of God, who God has used to heal homes and who has become so entrenched in the ministry of the word abandon his wife with three children and move to live with a widow? The other case is: What will make the wife of a man of God engage in immorality to the point that some church members have lost count of the number of times they sleep with her? Or what will make the children of a well known man of God live the way they like even when their parents are role models to the world?

These issues are realities that we have come to face in the church today. Trying to find answers to them may be difficult because only God can judge and only He has the answers. There are a couple of examples in the Bible. There is the classic case of Eli who could not bring his children to correction. And we also have the weird case of David whose adultery and murder made God to visit him with anger and with a curse that the sword will not depart from his house.

But what really is the problem with our marriages? My own little mind tells me that our marriages are products of the kind of messages that we preach on our pulpits and consequences of certain lifestyles that we lived as unbelievers which are yet to be nailed to the cross.

Many Christians were not tested before they married. It is easy to conclude that a man is chaste when he does not have the opportunity of flaring his passion. And it is also easy to conclude that a person is not greedy when he has not really been open to things that will make him exhibit greed. The characters that we exhibit in our marriages are only offshoots of the characters that we have harbored before we married which we have finally found expression to.

The foundations of a man’s life at conversion matters a lot. It is the kind of training he gets and the kind of men of God he is exposed to that will determine how he will live his life. We must not also forget that what obtains in this present age is different from what obtained in time past. There are many things competing for the life of the Christian. The temptations are more and Bible has assured us that where sin abound grace also abound.

We should not forget that man is a free moral agent. God did not create robots. Even when God is in a marriage the partners still make their choices. It is either they heed the voice of the devil or listen to the gentle voice of the Holy Spirit. Who do we listen to in our marriages; the voice of God or that of the devil? The fact that we married in the Lord does not make the marriage free from the tempter.

It is what we do with the temptation that matters. Trials, temptations and pressure from the outside world will come to our homes. When they come, where do we run to? Where we go will determine our action. And it is also important that we weigh the consequences of our actions. Many times we want to seek our happiness which I also think should not be compromised.

But do we seek to make God happy with our actions? If we are happy and God is not happy with us, we are as good as dead men. The Bible says God is angry with the wicked everyday. But there are wicked people that are happy with their actions. So a believer can be comfortable with his actions and not get God’s approval. The modern day teaching promotes self but the Bible talks about self sacrifice. If we can all come to terms that our marriages are both  about us and about God we will not fall into the troubles that we find ourselves. Or why do we think that Paul compared the love of Jesus to the church to the love of the husband to the wife? It shows that the man has greater role to play in the marriage.

The question I think we should ask ourselves when we have crisis in our homes is: What will Jesus do? Look at the love of Jesus for the church and look at your love for your wife. The other point is for the wife to submit to her husband. Now, the fact that one party is failing does not make the other party to also fail. That is why I say the bulk stops on the table of the man.

What has come to the fore in recent time however is that many marriages were contracted under false premise and deception. For instance people go to church and pretend they are Christians only to find out that they are only interested in eloping with one of the sisters or brothers. There are some others who know they have some health problems yet they go ahead with marriage only to put their partners in bondage. In such cases it is important that the partners seek counsel and seek God in prayers. God will not doubt give direction but it is crucial for every couple to always take a deep breath, pray hard and weigh the options when their marriages have gone sour. 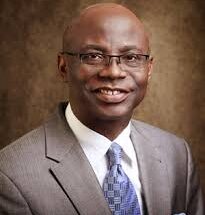 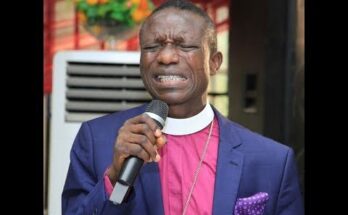