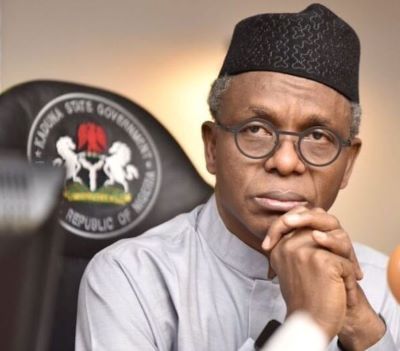 The union in a statement made available to Church Times on July 13 signed by Luka Binniyat said the area has witnessed the endless loss of lives and property in the last six days.

SOKAPU said, “For the 6th day running, armed gunmen, identified as Fulani herdsmen by victims, lay siege to several communities in Atyap land, Zangon Kataf Local Government Area (LGA) of Southern Kaduna and left no less than 33 people dead in an ongoing genocide and land grabbing in which 108 Southern Kaduna communities have been displaced and taken over by them since 2019.”

The assailants who according to the statement operated unchallenged for two hours were however prevented from burning down St. Pious Catholic Church in the village before they moved to another village to wreak havoc.

Ironically Magamiya in the words of the union “is about 3km from Zangon Kataf semi-urban town where  combined troops of soldiers and other security men are camped, complete with patrol vehicles and armoured tanks.”

About three other villages were said to have been attacked at about 1:30 am on July 13. “In the attacks, Matyei made up of 156 homes were all burnt. The Catholic Church in Matei and its pastorium were burnt. The Catchiest, simply known as Catchiest Yau, and an infant, were killed in the attack. In all, 8 persons were killed last night (morning of July 13) in Matyei in the mayhem that lasted for over an hour.” The statement read.

ECWA Church, Abuyab, and the home of Former ECOMOG Field Commander, Maj. Gen. Shekari Billyok (rtd) and 11 homes were also burnt as noted by the union.

Attempts by the invaders to attack Runji Community; also in the same area was repelled by villagers who got reinforcement elsewhere. Attempts to “destroy the main bridge linking Matyei with Zangon Kataf town and other Atyap Communities were foiled as noted by SOKAPU

ECWA and the Anglican Church pastorium that serves the communities were said to have been set ablaze too.

The village was looted, animals were rustled while 11 homes were burnt by invaders.

The union further chronicled other acts of savagery in the area. It states, “On 9th July 2021, Timothy Ayok, 35, from Makarau village was ambushed and killed dastardly by armed herdsmen as he was returning from his farm that afternoon.

“On 8th July, at Kibori village, about 1km from Zangon Kataf town, a widow, Mrs. Esther Patrick, 65, and her family of three were wiped out, including her 6-year-old grandchild, Yerima Godfrey.”

While condemning the incessant murder of innocent lives, SOKAPU noted that the government has refused to bring the perpetrators to book.

“Our Atyap members have been consistent in accusing the Hausa settlers of Zangon Kataf semi-urban town of harbouring killer herdsmen, yet government security agents have done anything about it.”

The union however noted that when it is the other way round, security men were quick to act. It recalled how on March 31, 2021, “some Fulani squatters on Atyap land complained that their cattle and sheep were killed by Atyap persons. In a swift move, 15 Atyap leaders from 4 indicted communities were arrested by troops, detained for days before they were handed over to Kaduna State Police Command Headquarters.”

The union said since July 2020 “100 Atyap natives had been killed and about 24 Atyap villages burnt and hundreds of hectares of farmland growing food crops destroyed by Fulani cows. But not a single Fulani leader has been called for questioning.”

SUKODE then called for humanitarian assistance for the thousands of displaced Atyap women and children who are still moving away from several villages to various places around Samaru Kataf, Zonkwa, and environs for safety.

It called on National Emergency Management Agency and its state counterpart to provide immediate relief materials to the displaced persons.

“We call on the Nigerian Human Rights Commission, Amnesty International, the United Nations, and all relevant international organizations. including local NGOs and Human Rights groups to bear pressure on the Federal Government and Kaduna State Governments to stop the genocide in Atyap land and bring the culprits to justice.”

Paul Enenche distances self from comment on TB Joshua