Trending Now
A “widow’s” lamentation and lessons for RCCG, others...
God’s word: A case for non-English speakers in...
Adeboye: Some women consider it privilege to sleep...
Despite challenges, God has been good to Nigerians...
Writers save lives, solve problems says Omotosho @...
Prince Harry’s book that hit 1.2m sales in...
Ex-Apola king, Idowu Animasawun celebrates 85th birthday with missions...
Nigeria can’t make progress if the Church is...
Peter Obi: I have not promised I will...
2023 elections and the imperative of divine timing
Home News PFN chides govt on security, economy suggests way forward 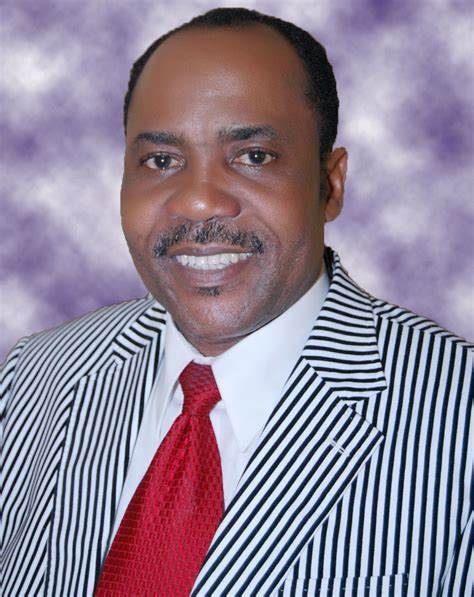 The South West zone of the Pentecostal Fellowship of Nigeria has decried the parlous security situation in Nigeria and the economy while also suggesting possible solutions.

At the conference which also attracted top leaders of the fellowship, Osa-Oni noted that the parlous security situation has moved from the northeast to the East and now to the south West.

He noted that ritual killings and kidnapping have now become the order of the day.

According to him,  “Many have lost loved ones in unbelievable circumstances. Corpses of young men and women are found in despicable places. It seems kidnapping and ritual killing have taken on a new garb. Both young and old are victims. Nobody can be trusted again.”

Osa-Oni cited the case of Bamise Ayanwola who was murdered in questionable circumstances after boarding a BRT bus.

He said, “Revelation from the recent killing of a sister known as Bamise is too chilling to be true. The lady had boarded a BRT bus only to end up being killed apparently for ritual purposes. The BRT driver who goes by the name Nice did not live up to the billing of his name. From all indications, he was at the centre of the death of this innocent lady.

“Bamise’s case is known to all because she was smart enough to record and alert her family and friends of the circumstances around her before she was murdered.

“There are many more Bamise’s that must have been killed in similar circumstances. Today, videos of kidnappers flood social media. They are in the hospitals and many other public places.
They disguise themselves as madmen and women to perpetuate their activities.”

On the economy, the PFN noted that “it is nothing to write home about. We observe that virtually all economic indices are not friendly at all. The naira keeps going down in value. The purchasing power is growing weaker by the day.  Many Nigerians can barely live on their income. This is the reason corruption has become somewhat institutional.

“A lot of workers now take advantage of their offices to exploit fellow Nigerians. The clerk in the office asks for a bribe before he can lift a file. The gateman wants to be bribed before he performs his duty. The cleaner has an entitlement mentality. Many civil servants are now compromised because of the need to survive.”

PFN also lamented the incessant result to strike by the Academic Staff Union of Universities. It called on ASUU to try to reach a compromise with the government while also urging the government to listen to the union.

Hijab for police, a huge distraction

Beyond the security and the economy, the Christian body noted that the recent approval of the dress code for the Nigeria Police which allows the wearing of hijab is a huge distraction.

The fellowship wondered how the wearing of the hijab would help enhance police performance. It noted that the new dress regulation is a systemic way of forcing an Islamic culture on Nigeria.

It warned the government against taking advantage of the silence in the Christian community to perpetrate acts that are clearly against the provisions of the constitution of the federal republic of Nigeria.

RCCG Memo and the DPG

The PFN also seized the opportunity of the conference to address the misgivings generated by the internal memo of the Redeemed Christian Church of God.

It stated that the church was acting in accordance with the directive of the PFN and that it had no ulterior motive in setting up the directorate of politics and governance.

On the way forward, it urged the government to cut down on the cost of governance while also urging it to maintain neutrality in matters of faith.

The PFN also advocated for investment in the young people of this nation. “Many brilliant young people are roaming the streets without jobs. Many of them have creative ideas.

“All they need is just a push. Government should create support funds for this set of people. The money used for jamboree by state actors is enough to rehabilitate many young people.” the PFN stated

The body also called on the government to find a lasting solution to the ASUU strike. “There is a need to create a formidable template for our academic institutions with a view to making it productive and relevant to the present-day economy. Academic communities must be a solution ground for many of the challenges in the country if well funded. Universities should be able to generate productive ideas.”

The fellowship pleaded with the federal government to look into the security situation in the country by attending to the needs of the armed forces in the country.

It suggested also a working relationship between the security agencies and telecommunications companies in the country to help track criminals in the country.

It appealed “to the government to come down from its high horse and have meaningful dialogue with strategic stakeholders that will bring the country out of the mess it has found itself.”