Trending Now
Adeboye: Some women consider it privilege to sleep...
Despite challenges, God has been good to Nigerians...
Writers save lives, solve problems says Omotosho @...
Prince Harry’s book that hit 1.2m sales in...
Ex-Apola king, Idowu Animasawun celebrates 85th birthday with missions...
Nigeria can’t make progress if the Church is...
Peter Obi: I have not promised I will...
2023 elections and the imperative of divine timing
RCCG announces Prof. Aboaba’s passage says “He is...
The Paternoster Code: Debunking the age-long misconceptions about...
Home News Why the Church should be careful about the Old Testament-Bishop Olaleye…expresses worry over  syncretism 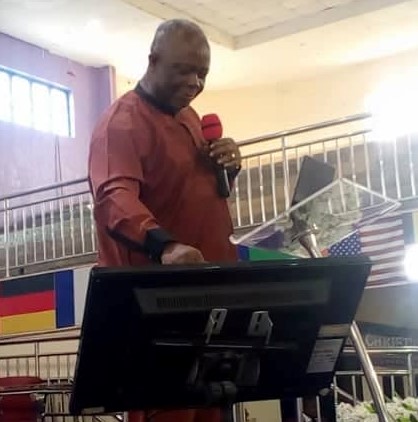 The convener of Apostles and Prophets Global Mission, Bishop Abraham Olaleye has explained why the Church has to be careful about its interpretation of the Old Testament so it does lose the essence of the gospel

Olaleye spoke at a one-day forum of church leaders on  Tuesday, January 25 organised by Apostles and Prophets Global Mission.

He said at the programme which took place at the Vineyard Christian Centre, Lagos that the days of Moses are gone.

Olaleye observed that error persists in the church because there is the absence of Apostolic alignment in the church.

“When we are too big to relate with others it is a problem. When we see ourselves as the final bus stop when it comes to knowledge of God’s word, we will run into problems. Many pastors have built a wall around themselves that makes it difficult for them to learn. People cant even reach them.” he said.

Quoting copiously from the Bible, Olaleye said, “The sacrifices in the Old Testament were temporal. But they all pointed to the coming of Christ which is the kingdom. It is the time man is finally reconciled with God.”

He noted that many people get carried away because God said at some points in the Old Testament that the covenant he established with Israel is forever.

Why God says Covenant is forever 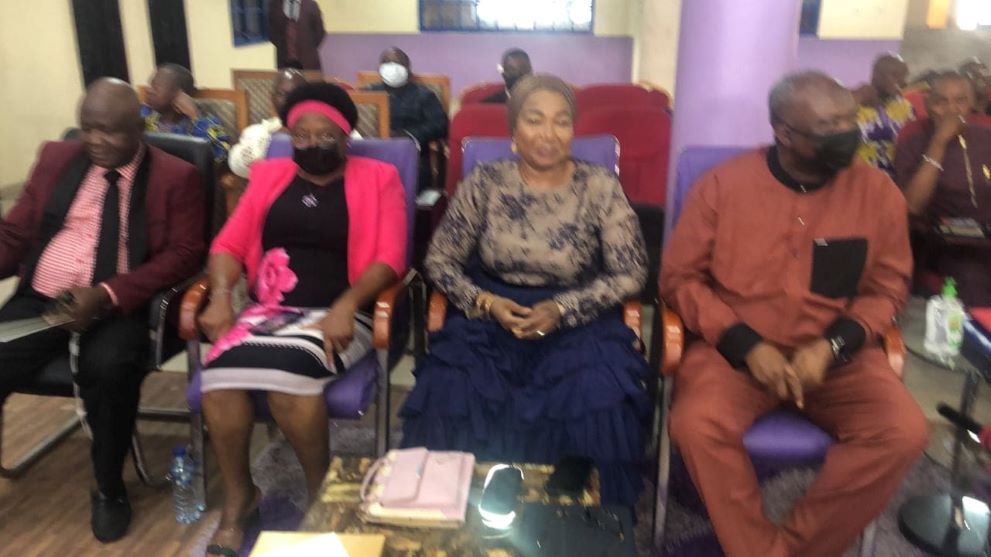 While noting that everything about the Old Testament pointed us to Jesus, he said, “If you look at the life of Jesus, he fulfilled all the demands of the law. The lamb that was sacrificed in the Old Testament must be one year old. It must be pure white; signifying purity and holiness. The lamb is figuratively talking about Jesus.

Jesus the lamb of God

“The reality is that the paradigm has changed. Beyond that, if you take the issue of circumcision, for instance, it is an everlasting covenant. But then, in the New Covenant, it is about the circumcision of the heart, not the flesh.”

He said there is a need to always remind the church to stay true to the age of the kingdom which began after the ascension of Jesus.

“The human dimension is always there. That is why there will always be a need to revert to the original blueprint. From the day Jesus appeared the attention has been on him. God is looking for repentance not sacrifice.” 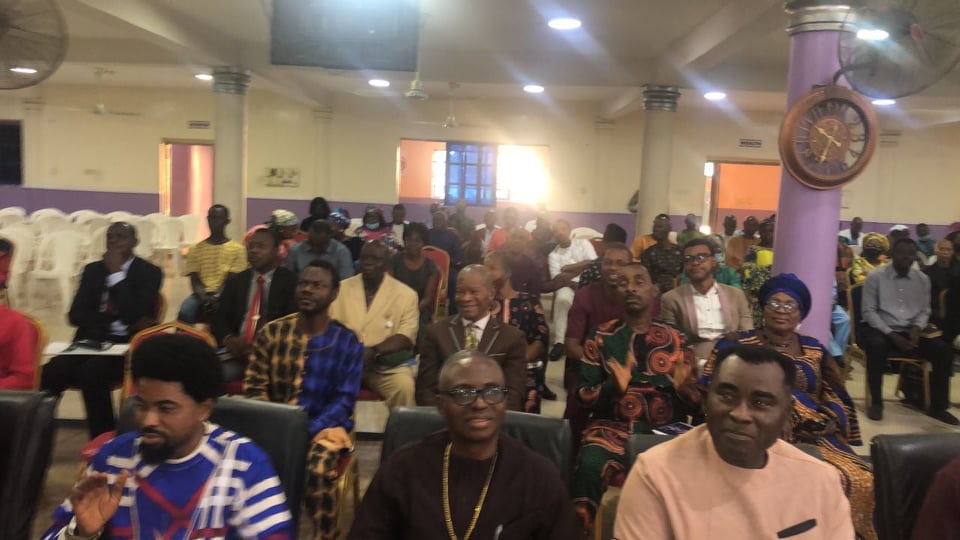 Participants at the one-day event

Bishop Olaleye, a global evangelist whose burden has been to wake the church from slumber said, there is an urgent need to always go back to the Bible and look at what God is saying.

“But we need to strike a balance. Salvation is by grace through faith but after that, there is a work dimension. Since we got it free, the onus is on us to outwork what is inside. Even at that God helps us to work it out”

According to him, the gospel has been compromised because of the strong influence of Judaism and African traditional religion”

Some PFN leaders at the event, third from left is Rev Tunde Elebute

According to him, “We can’t achieve the perfect will of God using the old document. If you are doing redemption of the first born son and paying money to do it, you are dedicating your child to demons.

“What we should know is that whatever God trashes Satan dust it up to use. That is what is happening when people still practice the Old Testament by redeeming their first born. Christ is the first born already. He has redeemed the whole humanity by the shedding of his blood.”

Bishop Olaleye said many churches are repeating the error of the Roman Catholic in the 15th century when they were collecting indulgences from members.

“The priests in the Roman Catholic era promised people eternal life by selling indulgences to them.

“They will tell church members to bring money so they could pray that their dead relatives could be saved from hell. They stand as a middle point between the people and God. But Christ already had broken the wall of partition and we all have access to God.”

ATR in the Church 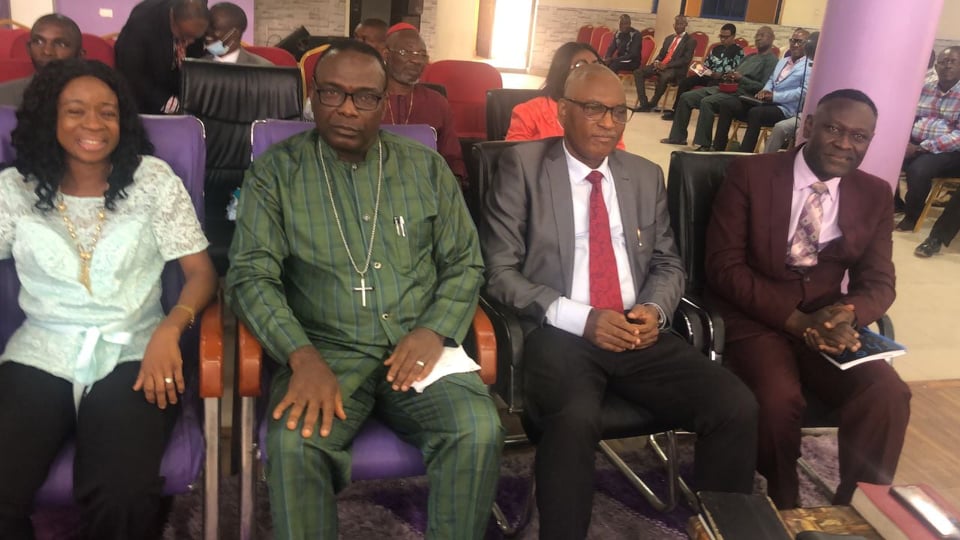 Olaleye said also that many churches miss it the moment they begin to dub themselves solution centres. “Instead of the Church giving hope to sinners and pointing them to Christ, we are busy trying to solve their problems.

“This is a carryover of the African traditional belief system where people go to herbalists for solutions to their problem. When a church begins to brand itself as a solution centre, final bus stop, and all kinds of names we are diverting the attention of the people away from Christ. When we begin to focus on the momentary problems of the people, we will have problems.”

He explained that the real problem of man is separation from God. It is sin. That is the problem Jesus came to fix. We should point people to Jesus and allow Jesus to deal with other problems of their lives. We are not the ones to stand in the place of God as solutions to people’s problems.

“When a man is in Christ he is prosperous already. A Christian is blessed already. It is not the money that we pay during offering that makes us prosperous. When money is the hope and future of a believer that person has left Christ.”

Olaleye said further that God supplies the believers’ needs, not desires. “For every assignment God gives, he makes provision for it. God meets us at the point of our needs. We may not have millions in our account, but he supplies  all our needs as they come.”

While lamenting the undue influence of the traditional worship system on the Church he said, “You don’t have to call Jesus three times, holy ghost fire three times while praying because God is not deaf. It is even embarrassing. It is a sign God is far from us when we make it a tradition of calling his name several times in the place of prayer.

“If you give somebody a special handkerchief and ask the person to use it to pray when he has a problem, that is occultism. It is not of God because that handkerchief will take people away from Jesus. It is wrong to put the faith of people in elements. Pastors should refrain from trying to solve the problems of people. Anybody that wants you to solve their problems will turn you into a herbalist. The people should be directed to Jesus. Let the Bible be the standard,” he pleaded.

“There was no time Peter announced a shadow healing service. What happened then was spontaneous. Peter was passing by and his shadows was healing the sick. It was not premeditated. Today, handkerchief and use of oil have become more of a ritual.” 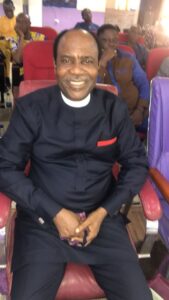 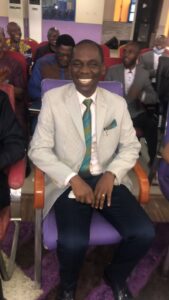 The trio took turns admonishing the leaders to go back to the Bible. Rev Kehinde answered some of the questions by the church leaders. Archbishop Osa-Oni charged them to hold to the truth of the Bible. Apostle Okwuonu urged them to be ready to face opposition as soon as they stand up to the truth.

Money responds to value not to sentiments by Gbemiga Olakunle

One of the issues causing disunity and misunderstanding within the denominations is this dearth of resonation with the New Testament theology. Until the distinctives of the Old Testament types [ shadows ] and the New Testament antitypes [ reality ] are clear to the majority of teachers and pulpiteers, there will be persistent doctrinal cross-purposes.

Incidentally, that vintage Indian missionary, Zac Poonen observed over a decade ago that 99% of current preachers are Old Testament preachers.

Bishop Olaleye cited first born offerings; I wish he had gone a bit further to highlight a few other Old Testament issues that generate unhealthy controversies within the Body of Christ especially on the Nigerian terrain.