Trending Now
A “widow’s” lamentation and lessons for RCCG, others...
God’s word: A case for non-English speakers in...
Adeboye: Some women consider it privilege to sleep...
Despite challenges, God has been good to Nigerians...
Writers save lives, solve problems says Omotosho @...
Prince Harry’s book that hit 1.2m sales in...
Ex-Apola king, Idowu Animasawun celebrates 85th birthday with missions...
Nigeria can’t make progress if the Church is...
Peter Obi: I have not promised I will...
2023 elections and the imperative of divine timing
Home News Ghandi Olaoye, RCCG pastor speaks on ambition to be Soun of Ogbomoso, says, “I am just obeying God” 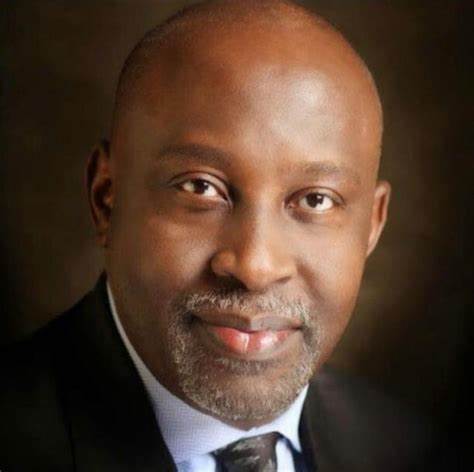 Ghandi Olaoye, RCCG pastor speaks on ambition to be Soun of Ogbomoso, says, “I am just obeying God”

Senior Pastor of the Redeemed Christian Church of God, Jesus House DC Parish, Pastor Afolabi Ghandi Olaoye has opened up on his purported ambition to be Soun of Ogbomoso.

Olaoye addressed members of the Parish as shown in a video posted on the Social Media monitored by Church Times.

He said he never wanted to be a king. But that the Lord spoke to him about it and he had no option but to take a step of faith to obey God and watch what God wanted to do.

I am still Senior Pastor of Jesus House

Olaoye also debunked the news about his purported resignation from the Church telling worshipers that he was still the Senior Pastor of Jesus House.

He however explained that he was yet to be chosen to be the Soun adding that the process is still on.

Olaoye said, “I told God if it is not your will, Lord stop it, let it not go through. But then I got into the process. I am only following God. There is nothing in this world that anybody has to offer me than what I have committed half of my life to do. If you know me very well, I am not doing this because I have nothing else to do. I am doing it because I believe it with my whole heart.”

Jesus my only covenant

Apparently trying to disabuse the minds of his members on the possible spiritual implication of becoming an Oba, he said, ” I can tell you, I  have only one covenant. The blood of Jesus is enough for me. No other covenant will I engage in. I am not going to go into the details of a lot of things you have seen on social media.”

He said he had met with the board of the church and the ministers to share the vision of his intention to be the Soun of Ogbomomoso.

He said he however did not tell workers of the church because he had not been chosen. “It is still a process. We will tell you when the process is over.”

Olaoye gave a rundown of how he met with the kingmakers in Nigeria and some of his dramatic encounters.

Chosen out of 23 contestants

“There were 23 of us before I entered into the race.  Two of us were eventually picked. The chairman of the kingmaker voted for me to break the tie. The next thing is that it goes to the governor. If you know the process, the person who makes anybody a king is the governor. The kingmaker can choose you. Your family can choose you, which they did not initially.

“But that is a story for another day.  It is the governor who chooses,.” he said.

He said he did not want to announce since the governor had not chosen him.

Olaoye narrated how he was overwhelmed with greetings and congratulatory messages. “I was in Lagos at a function and everybody was saying Kabiyeesi and all of those things.

“Apparently I did not know that the news had spread around. I am not on social media. The only social media I use is Whatsapp. if it does not come to me on Whatsapp, I would not know. So I was embarrassed. I was thinking why is everybody saying this. They were taking pictures with me. ”

He said he had to immediately leave Lagos and get back to Church to explain the whole scenario. He said he was embarrassed by the impact of what he saw.

I am only obeying God

“All I am doing is to obey God. Let me tell you this;  if we find out in five years’ time that this church starts to have a crisis. And things start to go down and you find out that the Lord spoke to me and I did not obey him.

He took time to answer some questions in the service. He explained that a traditional ruler and a pastor play the same role. “We as pastors are shepherds in a local congregation. A king is a shepherd of a city. The major difference is that the people they are shepherding are different. As a shepherd, all your sheep, whether they are black or white, you show all of them love. You take all of them to the green pasture.

“The great shepherd who is our Lord Jesus Christ has shown us that God so loved the world that he died for everybody. So God died for you whether you are atheist, Muslim, or Christian. That is the way I will explain what it is. The difference is the name we give them. We as pastors always think about our local church.  God says I will give you leaders who will lead you according to my principles. The only principles I have learned in my adult life are the principles of Christ.”

The odd against Olaoye

According to sources, the family of Olaoye was to produce a king after Oba Olayode who ruled in the 60s.  “But then there was nobody in the Olaoye family that was reputable. That was how Oba Jimoh Ajagungbade 111 who died on December 12,  2021, became the king. He also belonged to one of the three royal families.  Ajagungbade was a businessman based in Jos when he came home to be the king.

The major odd against Olaoye Ghandi is that he is not known at home.  “That is the reason the Olaoyes were against him when he was chosen. But that grey area will be resolved with time.”

Sunday Adelaja: Story of my life, ministry and the war in Ukraine (Part1)