Trending Now
A “widow’s” lamentation and lessons for RCCG, others...
God’s word: A case for non-English speakers in...
Adeboye: Some women consider it privilege to sleep...
Despite challenges, God has been good to Nigerians...
Writers save lives, solve problems says Omotosho @...
Prince Harry’s book that hit 1.2m sales in...
Ex-Apola king, Idowu Animasawun celebrates 85th birthday with missions...
Nigeria can’t make progress if the Church is...
Peter Obi: I have not promised I will...
2023 elections and the imperative of divine timing
Home Columnist Mixed blessings of a troubled marriage in the Western world 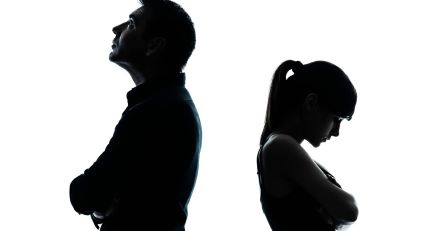 Mixed blessings of a troubled marriage in the Western world

The incidents of failed marriages abroad are raising so much concern back home in Africa, especially in Ghana and Nigeria. Most of the affected marriages were taken abroad in quests for better opportunities but could not survive due to Western culture of equality and gender rights laws. In this write-up, Mrs. Alice Olusola, a writer and family affair counsellor, highlighted the risks involved in exporting troubled marriages. Please read on:

The fad nowadays is for families to relocate abroad:  the husband, wife, and children. It is disheartening, however, to note that after the euphoria of seeking greener pastures wanes, most of such homes begin to show obvious cracks which may eventually lead to separation or divorce. In some terrible cases, people have been known to engage in spousal homicide as a means of extricating themselves from bad marital entanglements.

Now, it is advisable that if a marriage is not good in Nigeria, exporting it to the West will automatically serve its death knell. Before spouses decide to migrate, care must be taken to ensure that the marriage is strong enough to withstand the contrasting lifestyle that comes with living in a hitherto unfamiliar cultural environment as well as stand the test of the new awareness of boundless freedom mostly enjoyed by the wife. Women, by nature, have the memory of an elephant; they never forget. They are also wired to internalize emotional wounds and pains waiting for the appropriate time to take their pounds of flesh.

In addition to this, most countries in the West give women special rights and privileges which tend to stifle men in most relationships from Africa. Knowing the extent of these rights and privileges, many women are ready to pay their men, who have been excessively dictatorial and oppressive from home, back in their own coins.

Take Beatrice for example, her husband is 15 years older than her but he’s an unrepentant bully. She’s slim, even after four children, looking beautiful, tall, and fair in complexion. Beatrice had suffered verbal abuse for the most part of the 24 years of the marriage. If the man is not telling her how senseless she is today, tomorrow he is comparing her to other more productive and engaged women who bring money to the family’s coffers. A graduate of Economics, Beatrice was one of the best in her set.

She met Jerome, her husband, during a visit to a mutual friend of theirs. Jerome had been divorced from the mother of his first four children and was free to mingle. One thing led to the other and bingo, their first child was on the way.

In quick successions came three more which included a set of twin girls. Jerome insisted that he needed his wife to take adequate care of their children and so confined her to the four walls of the home while he went about seeking sustenance for his family. As time went on, her obedience became her greatest undoing since, with every move she made, the man would insult and call her derogatory names. He had reduced her self-esteem to smithereens.

As God would have it, the woman won a visa lottery in 2002 and the entire family migrated to the United States of America. Today, Beatrice is in charge of the home as she’s compensating herself for the series of abuses of the past.

“My friend, revenge is sweet. Here, you treat women with the utmost respect and not in the crude ways African men do by boxing women into a corner like inconsequential sub-humans who must walk in the shadows of their husbands. Now, he’s careful lest he runs foul of the law because he knows what the consequences of his action would be,” she told me during a telephone conversation.

Like Beatrice, Melanie was a daughter of a clergy. Marrying her first love, Yusuf, seemed like a perfect match until he lost his job. “Though I tried my best to ensure he didn’t suffer any discomfort as I took up the payment of the bills but Yusuf was suspecting every move I made. He accused me of sleeping with my bosses and complained endlessly if I buy anything for myself.

He would tell me how, as the man of the house, the Bible expected me to submit everything including my pay packet to him. I found that hard to deal with because he seemed to have gone paranoid at some point. He would sleep all day when he should be on the move looking for a job but he relaxed in the fact that I had a good job that could feed our family while I give him money to cater to his parents and siblings and to flex with his friends.

“Soon, I got an opportunity to go study abroad and the package included my family. Of course, I was ecstatic with joy not because of the juicy package that the scholarship entailed but by the fact that fate was giving me a long whip with which to steer my husband back in line.

The moment we landed in America, I read a riot act to him. “Nobody in this family, except the children who were of course below 18, would eat in the house unless they earned money to purchase the food. I didn’t have to explain too much before he got the message. The laissez-faire attitude had to stop. The same man who refused to lift a finger in Nigeria became a restless job hunter immediately after the riot act.

I guess he realized that the party was over and I was ready to do away with him if he failed to live up to his responsibilities as a father and husband. Now in America, he works as a responsible man and picks every bill without stress, unlike the way he laid back in Nigeria. We are all living happily ever since. Western countries are a training ground for irresponsible and oppressive husbands,” she said.

The story is not different for Clara. Her husband would beat her at will and threaten to throw her things out. In fact, he actually made good his threat on one occasion, he threw her things out and it took the intervention of her parents for the husband to allow her back home.

Though she wasn’t a housewife because she had a shop where she sold groceries and household utensils, her husband had very little respect for her. He felt he was the only one fending for the family and so treated his wife badly. She would weep and pray and wonder where she had gone wrong and no answers ever came.

Miraculously, the husband secured a family visa which took them out of the country. “It was like he was slow to realize that we were out of Nigeria. He started his oppressive habits again and one day, he hit me in the face. I then screamed so loud that one of our neighbours had to call 911. Before we could say, Jack Robinson, the police had arrived.

I looked at his fear-stricken countenance and I had pity on him. When the policemen asked if I was alright, I answered yes. I told them that I screamed because of a cockroach I found in the kitchen. Although it was obvious that they didn’t believe me, anyway, they left with the instruction that if I sensed danger, I should not hesitate to call. From that day, whenever he attempted anything funny, I would quickly remind him that 911 is just a call away. He would pick his shirt and walk away.”

Much as one does not subscribe to a wife threatening her husband with deportation, one would also not object if that is the only weapon a woman wields to restore her dignity, force her man to respect her and prevent constant emotional and physical abuse.

A marriage that is bedeviled with verbal, financial, sexual, emotional, and physical abuse in Nigeria will not fare better abroad unless the parties involved determine to mutually respect each other and work for the common good of their home. If your marriage is wounded here in Nigeria, don’t bother to export it!  ​