Trending Now
Adeboye: Some women consider it privilege to sleep...
Despite challenges, God has been good to Nigerians...
Writers save lives, solve problems says Omotosho @...
Prince Harry’s book that hit 1.2m sales in...
Ex-Apola king, Idowu Animasawun celebrates 85th birthday with missions...
Nigeria can’t make progress if the Church is...
Peter Obi: I have not promised I will...
2023 elections and the imperative of divine timing
RCCG announces Prof. Aboaba’s passage says “He is...
The Paternoster Code: Debunking the age-long misconceptions about...
Home News Many churches want to spread their names not the gospel -Rev Kehinde @ Lagos missions confab 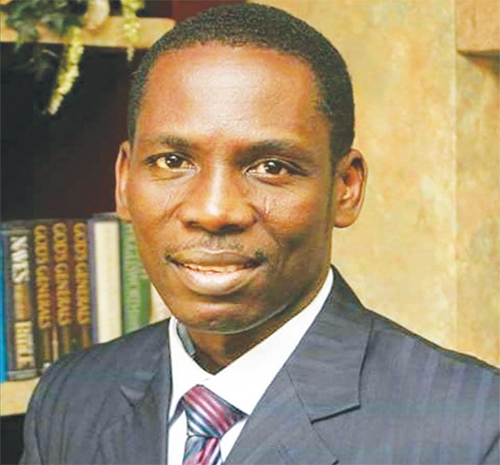 says missionaries must do regular self assessment

Convener of Global Mandate Conference and Senior Pastor of Agape Generation International Church, Rev Toyin Kehinde has observed that missions have become increasingly difficult because many churches are interested in spreading their name rather than the gospel.

Rev Kehinde made the observation while preaching at the World Missions Prayer Conference in Ajah, Lagos on Thursday, January 19.

He said the challenge has always been in whose name will the work be done.

“Many churches are interested in who takes the credit. They want to be seen as the ones doing it. That is why it is difficult for churches to collaborate to spread the good news” he said.

Kehinde who is also the Secretary of the southwest zone of the Pentecostal Fellowship of Nigeria said worship is the heartbeat of God adding however that it is only missions that can guarantee that.

“Today many churches are interested in building names for themselves rather than supporting the gospel to spread irrespective of who takes the credit,” he said.

He referred to the call of Abraham noting that it was God that promised Abraham that he would become great and would become the father of many nations.

“it was not Abraham that set out to make a name for himself,” he said.

Earlier in the message, he harped on the need for self-assessment using Joshua as a case study. “God had to do  the assessment of Joshua who led the children of Israel to possess the promised land.

“God told Joshua that he was old and stricken in age. But that there were many more territories to be conquered. The first place to start is to do a self-assessment of the work of God in their hands. We need to be honest with ourselves and assess the work.”

In doing a personal assessment, Rev Kehinde said, the missionary must look at what is not being done well and work at improving on it rather than romancing past successes.

“You must look for what is not according to plan because if it is not taken care of, it can actually mess up other plans. Caleb demanded the hill country that God promised him because he saw that he was yet to get it.

“He said to Joshua, now give me the hill country that the Lord promised me that day. If he did not look carefully, he would not have seen that lapse,” said Rev Kehinde.

The World Missions Prayer Conference holds from Wednesday, January 18 to 21 at the Bethel Church (Wonder City) Ajah, Lagos. The conference is being put together by the duo of Rev Eric Ighalo and Evangelist Edwin Ebeniro to create missions awareness and mobilise prayer  support for missions

CEO of Soyinka Centre counsels journalists on how to excel

Glory be to God. For the impartation sir God bless you. I said this fellow years back that most churches this day are about there name not the gospel. This message need to be preached in our Assembly.