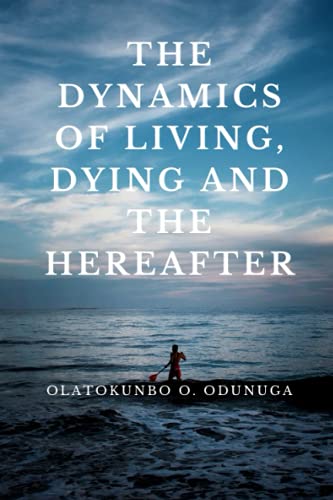 Dynamics of living, dying and the hereafter: The Cradle

At birth, man in the form of an innocent fresh baby is laid in the cradle and life evolves from thence. The interval of the living experience may vary from a few seconds to over a hundred years depending on what the life span will be.

Naturally, all desire to live long. That is a good desire. But is it not futile to desire a long life than to live a good life? I want my reader to sincerely make their preference between the life of Enoch, who lived for 365 years, and that of Methuselah’s 969 years, even though there was a positive prophetic dimension to Methuselah’s name. The name, meaning “when he dies, It shall come” portends the coming of the Flood.

Usually, a long life does not make us better but may even increase our woes and burden of guilt. Recall that it would have been better off for Hezekiah and especially for the nation of Judah if he had not pleaded to God for the fifteen years extension to his life, that brought forth a Manasseh, who was about the evilest and godless leader in the history of the kings of Judah.

Thomas a Kempis (1379-1471), the author of Imitation of Christ, the book which had been published in over 6,000 editions, usually called the fifth gospel and the most widely read book in the world next only to the Bible wrote:

“Thoughtless people would say, Look at the abundant lifestyle of Mr. A.  Money!  Prestige! Power! Fame! But if one considers the heavenly riches, these earthly things become dimmed and unreliable”.

And of course, the Creator of the Universe [ Colossians 1: 16-17 ], had declared without mincing words that a man’s life does not consist in the abundance of his possessions-[ Luke 12: 15 ].

I want to share with us extracts from the last words of the billionaire Steve Jobs, the CEO and maker of iPad…iPhone, etc before his death at age 56 as published in the public domain :

* Aside from work, I have little joy. I realise that all the recognition and wealth that I took so much pride in have paled and become meaningless in the face of impending death…

* As we grow older, and hence wiser, we slowly realize that wearing a $300 or $30 watch…they both tell the same time.

* You will realize that your true inner happiness does not come from material things of this world.

* Whether you fly first class or economy class, if the plane goes down, you go with it.

* Don’t educate your children to be rich, educate them to be happy.

The above-stated Luke 12: 15 is most likely one of the scriptures that touched many blessed lives, who were privileged to touch the secret of the essence of life and on whom money and affluence had no hold or lost its hold at a stage in life, such as :

• Agur, the son of Jakeh pleaded with God- ‘Give me neither poverty nor riches; Feed me with food that is my portion, Lest I become full and deny you and say, ‘Who is Jehovah?’ Or lest I become poor and steal and profane the name of my God”-[ Proverbs 30: 8-9 ]

• Bro. Letourner, an American billionaire who monthly ceded 90% of his income to kingdom needs

• Bro. Stanley Tam, also of the USA,  owner of a vast chain of enterprises. He ceded 51% share-holding of his investments to God and over years gradually increased God’s shares to 100%, thus giving his all and subsequently living by faith.

In the spirit of Luke 14: 33, a Christian who has an insight into the essence of life as those men above can voluntarily give beyond the 10% prescribed under Judaism even up to ~100%, provided it will not end in the pocket, stomach or bank accounts of some “privileged” individual (s) or to fester their opulent life-styles, but essentially in the actualization of Kingdom expansion or the realization of the Lord’s prescriptions in Matthew 25: 34-46.

We need to realise that the dispensation of Levitical priesthood was over 2,000 years ago and we are all now a Kingdom of priests [1 Peter 2: 9, Revelation 1: 6 ], and according to Message Bible translation of Matthew 23: 8, we are all classmates.

Now friends, how do we occupy our existence between the two points- the cradle and imminent departure? Is our existence day by day in tune with Frances Havergal’s hymn:

“Take my life and let it be

Take my moments and my days,

Let them flow in ceaseless praise”

Is our life focused on Christ plus something else or Christ minus something or just simply Christ? Is our all laid on the altar from day to day? Is our commitment and consecration genuine? Are we living the Christian life or just religious emotionalism?

While we have breath, we should, by His grace, allow our lives to be in conformity with Christ’s-[ Romans 8: 29 ]. It is a great misunderstanding to think that Christ incarnated and died so that we can go to heaven. If that is so, 99% of us ought to be praying or at least wishing for death the second day to after we were saved because definitely, Heaven must be infinitely more beautiful and glorious than this sin-sick and corruption-ridden existence.

So, the Lord Himself declared that He came that we may have life and have it abundantly-[ John 10:10 ]. He didn’t say in the hereafter but while here. The life in this verse is eternal life, not physical life. The Greek word for life in this context is Zoe [eternal (spiritual) life], not Bios [physical life], and not psuche [ soulical life]. This is further established in Romans 8: 29 that God predestined us to be conformed to the image of His Son, Christ….”.

There is also a prevalent predestination error that God had deliberately pre-destinated some people to heaven and others to perdition irrevocably. That doesn’t sound like the Sovereign God, more like a vindictive, partial political head of a human government. However, that subject is not for now but for another publication.

Culled from the Dynamics of living, dying and the hereafter by Olatokunbo Odunuga