Trending Now
A “widow’s” lamentation and lessons for RCCG, others...
God’s word: A case for non-English speakers in...
Adeboye: Some women consider it privilege to sleep...
Despite challenges, God has been good to Nigerians...
Writers save lives, solve problems says Omotosho @...
Prince Harry’s book that hit 1.2m sales in...
Ex-Apola king, Idowu Animasawun celebrates 85th birthday with missions...
Nigeria can’t make progress if the Church is...
Peter Obi: I have not promised I will...
2023 elections and the imperative of divine timing
Home News Journalism is not all about use of digital media- Wale Fatade 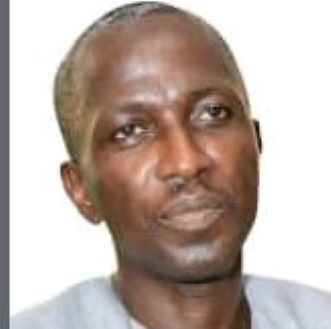 Journalism is not all about use of digital media- Wale Fatade

The Commissioning Editor of Conversation Africa. Mr. Wale Fatade has said the ability to use information technology and manipulate the computer very well does not translate to being a good journalist.

Fatade made the observation at the monthly meeting of Journalists for Christ on Saturday, February 19.

At the meeting held at Ogba, Lagos, Fatade said there are a lot of people on the media space who pride themselves as journalists but who actually don’t know the basics of the profession.

Technology key in journalism but…

While emphasising that technology is key in modern journalism. He said it does not replace the knowledge of the profession. ‘I will be the first person to sack a journalist who cannot use the computer. It does not make sense that a journalist in this digital age cannot use I.T gadgets.

“But then, it’s important we emphasize that such ability alone does not make for a good journalist. Journalism is a profession that has its rules and its culture. Every journalist must learn those rules and abide by them.”

Fatade an international fellow of Ford Foundation lamented the decadence in the profession.

He observed that the way journalism is practiced by many journalists in the country is far below global standard. ‘if you have cause to work with an international media, you will wonder what we are doing in Nigeria’ he said.

He urged journalists to update their knowledge of the profession in their daily practice adding also that they should be ready to learn at every given opportunity. 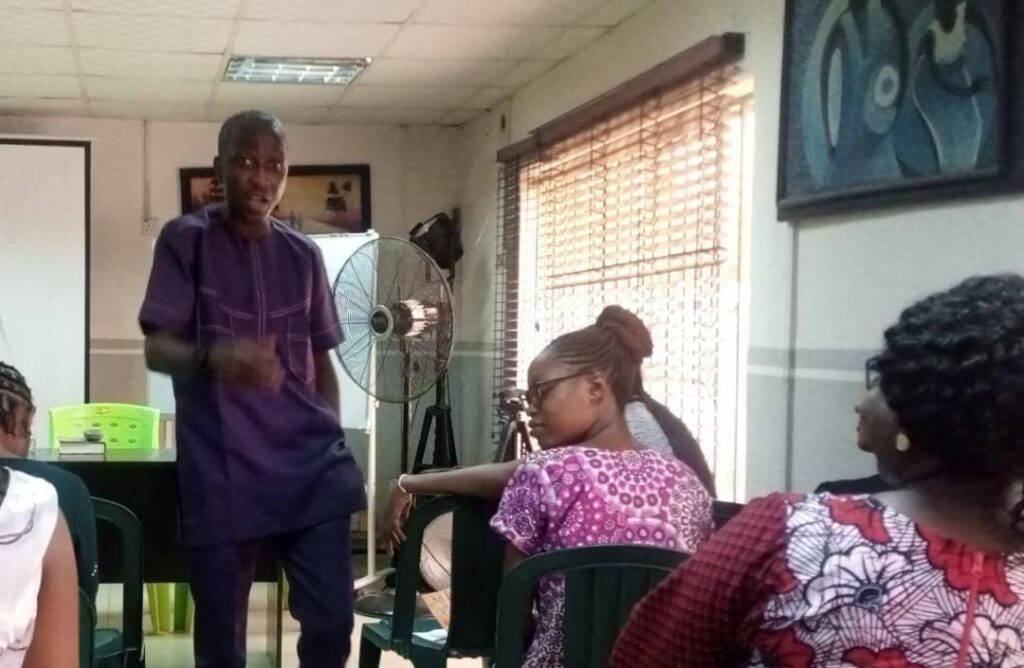 Wale Fatade at the JFC meeting

Fatade, a one time reporter and editor in three Nigerian newspapers including The Guardian spoke on the topic, “maximising your potential”,

He said things are changing at the speed of light. ‘if you don’t update yourself you will be left behind. The master’s programme I took in the US has been phased out; that is to tell you the extent of change. There are a lot of new courses and new programmes that are now critical to the practice of the profession.

“Today”s journalists must be able to analyse data. What obtains now, is more scientific reporting. As a media manager, you must be familiar with figures. If you don’t know maths, it’s better you go and learn it. You can’t afford not to know figures if you want to manage your media outfit effectively ‘ he said.

Fatade also urged journalists to invest in gadgets that will help them perform optimally.

He said also that prayer, hard work, and strategic positioning are crucial for the Christian who desires to succeed in the profession.

“There is also the place of hard work. You can’t afford to be indolent and lackadaisical in your work. That is very critical. But beyond hard work, you need to position yourself. There are many people who are brilliant and hardworking but they are not well-positioned to get what they want. You must create a network of friends across the media. You need this network on your way to the top.” he said.

President of JFC Mr. Lekan Otufodunrin cited instances of how being well-positioned paid off.  He urged journalists to take advantage of opportunities that are available as they come.

Simeon Afolabi@ 60, says, “The Church needs to go back to its first love”