Trending Now
A “widow’s” lamentation and lessons for RCCG, others...
God’s word: A case for non-English speakers in...
Adeboye: Some women consider it privilege to sleep...
Despite challenges, God has been good to Nigerians...
Writers save lives, solve problems says Omotosho @...
Prince Harry’s book that hit 1.2m sales in...
Ex-Apola king, Idowu Animasawun celebrates 85th birthday with missions...
Nigeria can’t make progress if the Church is...
Peter Obi: I have not promised I will...
2023 elections and the imperative of divine timing
Home Features I was Adetiloye’s best man at his wedding but I don’t know why he chose me-Sope Johnson
FeaturesNews 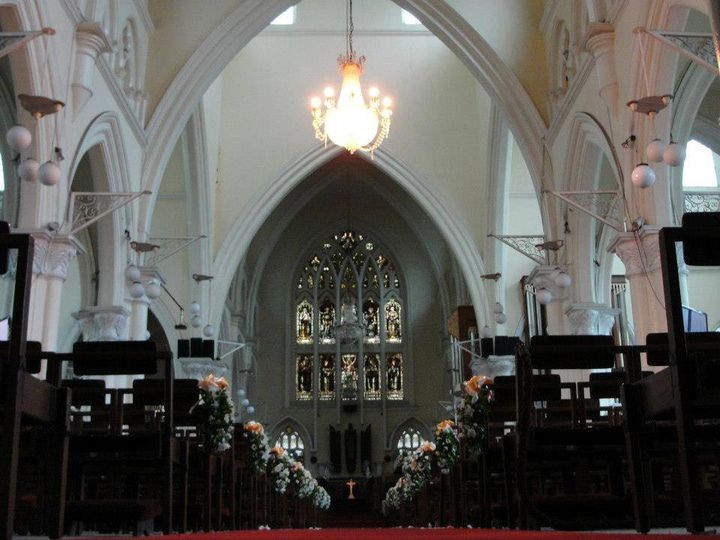 Call him Provost emeritus and you will be right, Very Revd Sope Johnson Rtd is a man that makes your day any time. His sense of humour is quite intriguing and his humility outstanding. Now an octogenarian, Johnson who comes from a family of priests and who has succeeded in bequeathing that legacy to one of his children, Very Revd Pelumi Johnson, who is occupying the same office he occupied years ago as the Provost of Christ Church, Cathedral was the best man of Abiodun Adetiloye during his wedding. Here he shares his moments with the late primate in a five minutes interview at the Cathedral library where the Church Times team caught up with him.

When did you first meet the late primate?

I first met Adetiloye as a student in 1958 in London. We were together in school. We shared fun and games together as students in London. I came back before him but we soon met after that and renewed our friendship. But I did not come into the priesthood immediately. I was in broadcasting; he was in the diocese outside Lagos.

The next point of the meeting was when he invited me to be his best man when he was getting married. It was a happy occasion. I went to Oyo for the marriage. It was an experience for me. He was a very popular man in Ibadan where he was the provost of St. James’ Oke-Bola. People were very glad that he was getting married. They were very fond of him. He was a very likeable man.

You were his best man, that means you were quite close?

There were people who knew him before I did and who were close to him too. But he chose me instead to play the role. I never asked him why he chose me. I was surprised he asked me to be the one. I thought he would have chosen Olajide. I can’t really say why? But I guess he wanted to drag me to the system.

And you didn’t want to be dragged to the system?

Not that I did not want to be dragged into the system but I was just wondering why me; though we were quite close. And that was the second time I would be dragged to play the role of a best man. The first person I was a best man for was a friend who was also into broadcasting like I was. For me, it was a good thing and I enjoyed every bit of the fun.

He became a priest before you?

He was six months before me in the priesthood. I was made deacon in 1955. And he was made deacon about a year before that and he came by the influence of Bishop Howells. There was another person in Abeokuta under whom he served. By the time we met, I was already ordained too. We were both young priests at that time.

What is your rating of him at that time?

He was a jolly good fellow. He was a wonderful friend.

How would you assess his tenure as the primate?

Oh! You skipped a number of years. He became primate much later. We were talking then about the late 50s and you skipped to the time he became primate in the late 70s. Anyway, he had grown and fully mature as a priest. He became a bishop in 1969 or 70 so he had years of experience as a pastor and he had a good knowledge of his pastoral duty as a bishop. So by the time he became primate he was well soaked in the job. He had been to world conferences and he served in the dioceses. He was in Abeokuta, Ibadan and in Ekiti as bishop. He was a man with vast experience.

What would you consider his greatest asset?

Greatest asset? It is difficult for me to judge. I don’t want to be presumptuous and say so and so is his greatest asset. Maybe his greatest asset is largely misunderstood. What I mean is that we cannot all judge people at all times. For instance, somebody might say his greatest asset was the thinking that led him to make the contribution which he would encourage the diocese to be responsible for paying the salary for all the priests so that those churches that cannot support a priest will be able to have one. So that type of thinking may be one of his greatest assets. I would think of him as an intelligent man and very popular with his studies. He was very good at the Hebrew language when we were studying together. He had a typewriter in the Hebrew character which was stolen by a driver. I don’t know what the driver would do with it.

So we’ve had cases of such as far back as then?