Trending Now
A “widow’s” lamentation and lessons for RCCG, others...
God’s word: A case for non-English speakers in...
Adeboye: Some women consider it privilege to sleep...
Despite challenges, God has been good to Nigerians...
Writers save lives, solve problems says Omotosho @...
Prince Harry’s book that hit 1.2m sales in...
Ex-Apola king, Idowu Animasawun celebrates 85th birthday with missions...
Nigeria can’t make progress if the Church is...
Peter Obi: I have not promised I will...
2023 elections and the imperative of divine timing
Home Columnist How divorce is done in the Bible…lessons for troubled homes 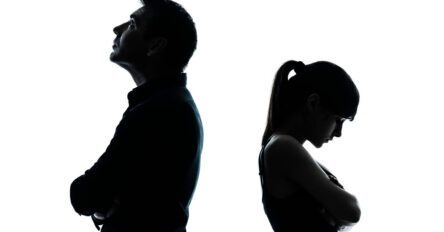 How divorce is done in the Bible…lessons for troubled homes

If marriage is run the way God the Initiator had ordained it from the beginning, there would not be a need for separation or divorce.

Human failure to imbibe the culture of love, tolerance, patience and forgiveness upon which relationships are built, engenders hostility and bitterness in marital relationships.

Divorce found its way into our marital lexicon because of human attitudinal inadequacies and character flaws. And rather than deal with such bad traits, ego, pride and bad temperament seize the momentum to aggravate the already bad situation through diverse forms of assaults.

Being caught in the web of bad marriage makes separation or divorce become an option if efforts to normalize the situation fail and life-threatening health risks pervade the home.

It is on this premise that I want to discuss the issue of divorce as an option in a bad marriage situation while looking into the religious dimension of the issue.

Is divorce really bad? If yes, what is the way out of hopelessly bad, abusive and life-threatening marriages? And if not, why do we stigmatise, deride and vehemently condemn it as if it is an abominable crime against humanity?

Again, why do we mount pressure on the victims of bad marriages to stay put only for us to turn around and heap blames on them for not quitting or talking before the unexpected happens like we now witness in the last two weeks? What a world of hypocrisy we live in! What a society and families of hypocrites we belong to!

Divorce and separation are avenues for victims of bad marriages to stay alive and fulfil their purposes, visions, and dreams, and still enjoy life to the fullest.

Abusers are products of poor parenting

However, abusers and tormentors of their spouses are products of poor parenting! Overindulgent and wayward children grow up to become loveless, heartless, bitter, mean, stingy, unforgiving and hostile spouses in marriage. Their spouses unfortunately become prey and victims of their frustrated lifestyle.

As earlier stated, a bad marriage is not the will of God for anybody. Marriage originally is meant to be enjoyed. And sincerely, marriage is sweet if one is rightly paired! It is designed to be a blessing and not an affliction.

However, poor parenting and the choice of spouses people make, matter a lot. Abusers don’t just emerge from the blues. They are indulgent children who grow to become bullies and abusive spouses.

The warning signs are always there from the beginning but blind love and desperation often make people ignore them thinking they can fix the problem in marriage.

During the week, a young woman went on social media to announce the immediate cancellation of her traditional wedding slated for Saturday, April 16, 2022, on account of the violent behaviour of her fiancé.

She narrated how she had been beaten blue and black several times with scars all over her body while in courtship. She also promised to refund the bride price he paid last week.

I want to commend her courage in doing this and I want to enjoin those in similar abusive relationships to quit! It is only the living that gets married. Though the young man who was supposed to get married to him has said nothing like that happened and has come to deny all the allegations against him, it is still in order that the lady took the step. Obviously, there are things she saw that she may not be able to cope with in their marriage As they say, a broken courtship is better than a bad marriage.

Divorce, as bad as it seems, is an avenue by which God saves souls being a way of escape for victims of abusive marriages. God is much more interested and concerned with our souls than marriage. Jesus didn’t go to the cross because of marriage but to save our souls from eternal condemnation.

Remember, Jesus said there’s no marriage in heaven. (Matthew 22:30). Paul the Apostle wrote in 1 Corinthians 7:33-34 that married people do care for the things of this world – meaning that marriage is earthly and its merriments end here. In view of this truth, marriage, as far as God is concerned, is an option for His people. It is not a must, nor is it a do-or-die affair.

Divorce, how it was done in the Bible

For the religious folks who see divorce strictly from the parochial prism of being a sacrilege, I dare to state that divorce is Biblical. Before you crucify me, let’s look into the Word. In Ezra chapters 9 and 10, we read accounts of wrong (not bad) marriages between Israelites and pagans.

God had earlier warned against such interracial union but many of the leaders and men of God’s people violated the rule and married from the forbidden tribes.

As a remorseful and penitent act, verses 11 and 12 state that the offenders willingly agreed to separate (divorce) from the pagan women and their children in obedience to God’s command.

In Matthew 1:19, Joseph had wanted to divorce his betrothed woman, Mary, secretly over her pregnancy but for the timely intervention of the Holy Spirit. His action was deemed legitimate according to the culture and tradition of the Jewish nation.

Father Abraham sent Hagai packing (separation) on the order of Sarah. Queen Vashti was divorced by the King of Persia for disrespecting him. (Esther 1).

Conversely, had Samson separated from Delilah early enough, he would not have died prematurely, foolishly and shamefully.

“For the Lord God of Israel says that He hates divorce, for it covers one’s garment with violence,” (Malachi 2:16). This is the most quoted verse in the Bible when it comes to the issue of divorce.

But we fail to read the verse both in contextual and implied meanings. The underlying statement here is violence! God hates divorce because it connotes attitudinal, emotional and physical violence.

That’s why Jesus said in Matthew 19:8a that “Moses permitted you to divorce your wives because of the hardness of heart.”

Hardness of heart in this context is a euphemism for violent treatment and forceful ejection of estranged spouses. And to avoid spousal murder cases like we now have, Moses then approved divorce as a means to save lives.

People do quote Jesus’ statement that “What God has joined together let no man put asunder.” (Mark 10:9). My position is that how many marriages were actually contracted in strict compliance with God’s ordained process?

Most of us violated His rules in the course of dating and courtship. Besides, the involved parties came together on their own volition and so they reserve the right to go their separate ways when the union is becoming life-threatening.

After divorce, what next?

Separation does not automatically translate to divorce. In some amendable situations, separation is to allow warring couples to cool off, think straight, review their issues, and give room for intervention, counselling and prayers.

In several cases, separated couples do reconcile and live harmoniously thenceforth. And where it is irreconcilable, then, they should stay apart and eventually divorce.

It is not every troubled marriage that needs to end in divorce. Some require patience, forgiveness, understanding, tolerance counselling and more prayers to stabilize.

Every marriage has its trying moments but how such times are handled will determine the success or otherwise of the union.

There’s life after divorce. Divorced couples can still reunite after realizing their mistakes and they decide to work on them. Better still, divorced people can still remarry to new partners. To remarry after divorce is in order. Please ignore those who tell you to remain single. Human nature does not encourage anyone to stay without a companion.

Some misinformed folks do tell abused partners to stay put and endure if they are not being physically assaulted. This is misleading and suicidal.

Other forms of assaults

More than battering, other forms of assaults like verbal, sexual, emotional, financial, mental and spiritual including pressures from the third party are equally devastating, frustrating, dehumanizing, torturing and killing.

In the last 10 years, there has been an upsurge in marital violence which has claimed several lives across genders. This year alone, about five cases have been widely reported in the media. This is aside from the unreported or covered up cases and those that happened in remote villages and towns.

I want to advise the church to stop discriminating against single parents by denying them roles in the service of God.

This is one of the reasons victims like Osinachi died in their abusive marriages so they won’t be ostracized or “disciplined” for failure to keep their homes.

Evasive statements by men of God in critical situations like bad marriage are both hypocritical and cowardly. Human lives should be a priority knowing that marriage is not a visa to heaven.

Lastly, the church, family and friends should rally support for anybody languishing in a bad marriage. Also, those keeping quiet while they die in silence should speak up and expose the ‘beasts’ they marry as spouses.

Abuse is not gender-specific, please speak up!