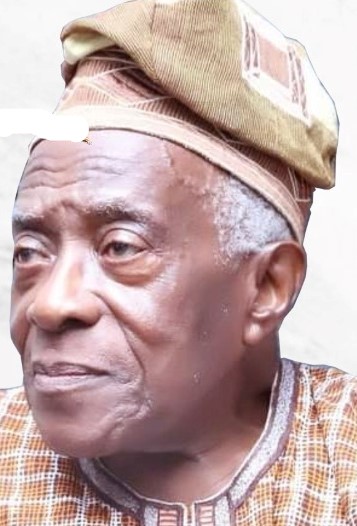 The family of the late Very Revd Sope Johnson of the Anglican Communion has announced a three-day burial plan for him.

The ceremony would start on Tuesday, August 9, and culminate in his interment on Thursday, August 11

Very Revd Johnson died at the age of 92 on Wednesday, July 20.  He was a former provost of the Cathedral Church of Christ, Marina. He was reputed to have contributed greatly to the theology of the Anglican Church.

Sope Johnson was an ally of the late Most Rev Abiodun Adetiloye, a one-time primate of the Church of Nigeria Anglican Communion. His son, The Rt Revd Akinpelu Johnson is the Bishop of the Lagos Mainland Diocese of the Anglican Church.

The rite of passage for the late Very Revd Johnson will start with a service of songs on Tuesday, August 9. at the Cathedral of St Jude, Ebute Meta, Lagos.

This will be followed by another service of songs on August 10 by the Cathedral Youth Fellowship. The service will take place at the Shell Hall of the Muson Centre, Lagos by 3 pm.

The Christian wake-keep will hold by 5 pm at the same Shell hall after the Cathedral Youth service of songs.

The Lying-in-state will be at The Foyer of the Cathedral Church of Christ on Thursday, August 11 by 9.30 am. The funeral service will hold at 11 am that same day before his final interment.

Very Revd Sope Johnson was the Provost of the Cathedral Church of Christ, Lagos from 1970 until 1995. He was educated at King’s College, London, and Lichfield Theological College.

From 1955 to 1962 he gained experience in London as a curate (including two years at St. Martin-in-the Fields) before returning to Nigeria to become the head of religious broadcasting at the Nigerian Broadcasting Corporation. It was from there he began to serve in the Anglican Communion.