Trending Now
Adeboye: Some women consider it privilege to sleep...
Despite challenges, God has been good to Nigerians...
Writers save lives, solve problems says Omotosho @...
Prince Harry’s book that hit 1.2m sales in...
Ex-Apola king, Idowu Animasawun celebrates 85th birthday with missions...
Nigeria can’t make progress if the Church is...
Peter Obi: I have not promised I will...
2023 elections and the imperative of divine timing
RCCG announces Prof. Aboaba’s passage says “He is...
The Paternoster Code: Debunking the age-long misconceptions about...
Home News Anglican Diocese of Ilesha plans Heritage centre …to immortalise parents of Adeboye, Kumuyi, others 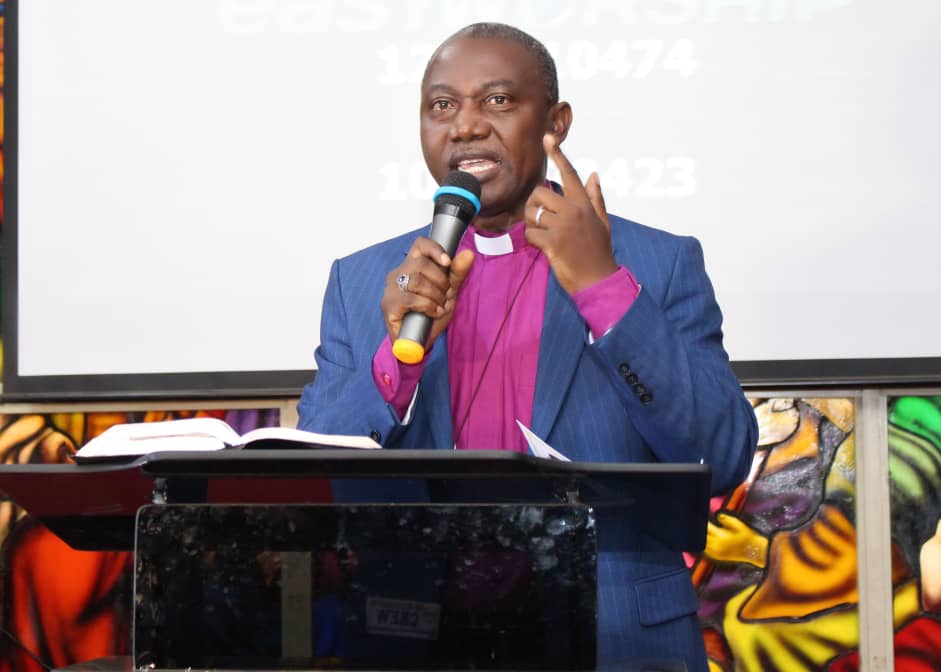 The Bishop of the Anglican Diocese of Ilesha, The Rt. Rev Dapo Asaju has disclosed the plan of the diocese to build an Anglican heritage centre.

The centre according to him would immortalise Anglican parents of Ilesha, Osun State indigenes.

Ilesha is the home town of many top pastors in Nigeria. They include Pastor Enoch Adeboye, Pastor Williams Kumuyi, Prophet Samuel Abiara and a host of others.

In a statement on Monday, July 4,  Bishop Asaju said the need for such a heritage centre had become necessary to record the great work of faith of the Anglican parents of Ilesha indigenes.

He called on all Ijesha Anglicans worldwide to join the diocese to build the centre.

The statement reads, “All Ijesa Christians with Anglican Roots ( Irrespective of the denomination they are worshipping in currently ) are called upon to immortalise the Anglican heritage of their families by participating in building a heritage Centre and Camp Ground, with buildings to be named after their faithful Anglican parents (dead or alive). This will include Anglican parents  of Pastor E.A.Adeboye and Pastor WF Kumuyi etc.”

Asaju also a professor said he and some senior clergy in the diocese had prayed on the yet-to-be-purchased acres of land in Ilesa,  for the proposed ‘Ilesa Diocese Anglican Heritage Camp Ground’.

The heritage centre according to him would have the following facilities: 5000 sitting capacity Auditorium ( Archbishop Ephraim and Mrs Oluranti Ademowo Hall), Prayer Mountain and a Youth Centre.

There will be a Hospital, Hostels (Male and Female), Sports  Centre, Gymnasium, Skills Acquisition and Entrepreneurship centre.

The centre will also have a Boarding School, Old People’s Home and Care Centre, Bakery, shopping complex, Modern print and digital Library and a host of other facilities.

According to him, each building will be constructed by builders assigned by donor families through direct labour

The completed buildings will be handed to the Diocese but will be named after each donor family.

He said the buildings will contain plaques describing the history and roles of the prominent Ijesha Anglican Church families whose parents had worshipped and served God in towns and villages throughout the diocese and beyond.

Bishop Asaju expressed confidence that the Lord will make supplies for the project. He however noted that God will have to use man to do the work.

He then called for generous  donations towards the purchase of the land adding that “Work will start immediately funds come in.”

The Anglican Bishop assured that “perfect financial accountability is guaranteed. Heaven’s reward and the Church’s persistent prayer for donor families are also assured.”

How the believer can conquer the evil around- Bishop David Oyedepo

CAN disowns “Rapture” pastor, says, “he is agent of Satan”

Why is a hall be named for a couple who may not be sole donors? For the ecumenical service to the Anglican Church, only the name of Most Rev Ademowo should be on the hall, except there is sentiment. In other words, the name of wives of other Bishop/Archbishops at any facilities and churches require the attachment of their wives. May be other names relative tobVining, Adetiloye, Ogunbiyi, etc require such