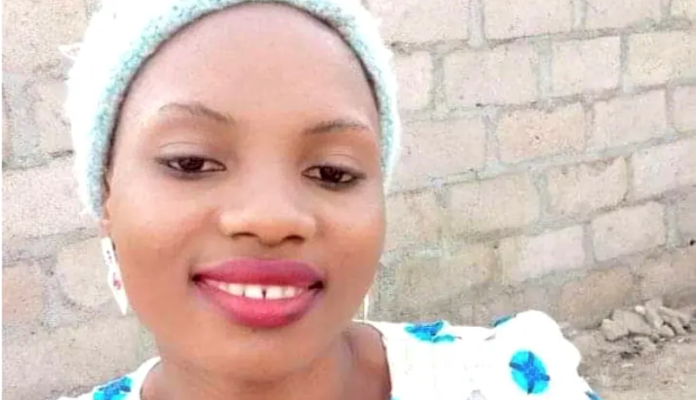 The national youth Wing of the Christian Association of Nigeria has written a petition to the Inspector General of Police over the gruesome murder of Deborah Yakubu asking for justice for the deceased.

The youth in a petition on  Friday signed by its National Chairman,  Amb. Belusochukwu M. Enwere National Chairman urged the IG to expedite action on the investigation of the murder of Deborah Yakubu.

“We humbly write on behalf of YOWICAN, the umbrella body that coordinates and oversees the affairs of all the Christian Youths in Nigeria, over the barbaric killing of Deborah Samuel Yakubu by her fellow students, over a comment on a WhatsApp group platform.

“Prior to her demise, the deceased was a two hundred level student of Shehu Shagari College of Education Sokoto. Information reaching us from reliable sources including friends, students, and close family members, reveal that Miss Deborah Samuel Yakubu was tortured, stoned, lynched, and gruesomely murdered and her body was subsequently set ablaze as a result of the comment she made in her departmental group WhatsApp platform

“Her killers have alleged she blasphemed Prophet Muhammed. We as well gathered that the act of killing our members for inexplicable and most times flimsy reasons has persisted unabated. They have been largely kept away from the Christian fold and the general public by the perpetrators, who appear to be working as a syndicate with some affiliation to the dreaded Boko Haram and ISIS. And now this unfortunate episode that happened in Sokoto State.

“Our prayers: It is in the light of the foregoing that we as leaders and representatives of the Christian youth body, to which Miss Deborah Samuel Yakubu is a dedicated member, hereby petition that you use your good offices to cause an in-depth investigation into the circumstances surrounding the unfortunate lynching and burning of our sister in the most degrading and inhuman manner.

“In order to ensure justice for Late Miss Deborah Samuel Yakubu, especially the role played by her fellow students whose faces are shown clearly in the viral video circulating online, showcasing her last moments in the hands of her killers. Deborah deserves nothing but justice and we believe in your capacity to enthroning justice in this case, by bringing the perpetrators to book. Thank you, Sir, in anticipation of a speedy investigation. In prayers, “

One Comment on “Deborah Yakubu: CAN Youth Wing petitions IG, calls for justice”