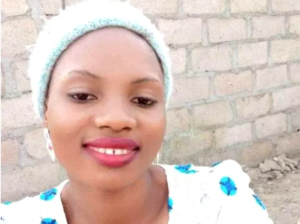 The Christian Lawyers Fellowship of Nigeria (CLASFON) has called for justice for Deborah Yakubu, the part two student of Sheu Shagari College of Education, Sokoto murdered on Thursday, May 12 for alleged blasphemy

CLASFON in a statement signed by its National President, Prof. Oluwole John Akintayo, and Secretary Precious Nwadimuya said it received the news of the gruesome murder of Deborah Yakubu with great shock and dismay.

The body stated that it was out of place to resort to jungle justice or self-help contrary to the law of the land.

Part of the statement reads, “The unlawful and cruel termination of the life of Deborah Samuel Yakubu was a gross violation of her right to life guaranteed by the Constitution of the Federal Republic of Nigeria, the supreme law in Nigeria, as well as relevant international human rights instruments.”

The lawyers noted that the right to life is the most important and precious of all human rights adding, “it is incumbent on all to ensure its protection. Life is sacred and Nigerian law does not authorise the unlawful taking of anyone’s life in the circumstances depicted by the gruesome killing of Deborah Samuel Yakubu.

“It is important to reiterate that the rule of law does not in any way support the criminal acts perpetrated with respect to Deborah Samuel Yakubu.”

While commending the Sultanate Council for its condemnation of the incident the lawyers called on “all people of goodwill to do the same.”

The Fellowship also called on the Police to leave no stone unturned to see that justice is served according to the law of Nigeria in the matter of the gruesome killing of a fellow citizen, Deborah Samuel  Yakubu.

“This is against the background that murder or culpable homicide is a criminal offense in the Federal Republic of Nigeria irrespective of the motive for perpetrating it. The Police as an institution must not allow itself to be cowed by the sponsored protests in Sokoto State or pressured into abdicating its responsibilities to the good people of Nigeria by hoodlums whose only interest is the promotion of anarchy.

“Justice must be done and must be seen to be done in this case of Deborah Samuel Yakubu. Not only will this send the right message to the international community and all people of goodwill that Nigeria is a country governed by law and committed to the rule of law but it will also help to build the trust of the average citizen in Nigeria’s fidelity to the rule of law and respect for human life”

The Christian lawyers also called on all religious leaders to continue to educate their followers on civil procedures while also commiserating with the parents, family members, friends, and associates of Deborah Samuel Yakubu and the entire Christian community in Nigeria on the sad development.