Trending Now
Adeboye: Some women consider it privilege to sleep...
Despite challenges, God has been good to Nigerians...
Writers save lives, solve problems says Omotosho @...
Prince Harry’s book that hit 1.2m sales in...
Ex-Apola king, Idowu Animasawun celebrates 85th birthday with missions...
Nigeria can’t make progress if the Church is...
Peter Obi: I have not promised I will...
2023 elections and the imperative of divine timing
RCCG announces Prof. Aboaba’s passage says “He is...
The Paternoster Code: Debunking the age-long misconceptions about...
Home News Crowd at rallies not indication of support for party candidates- Okotie 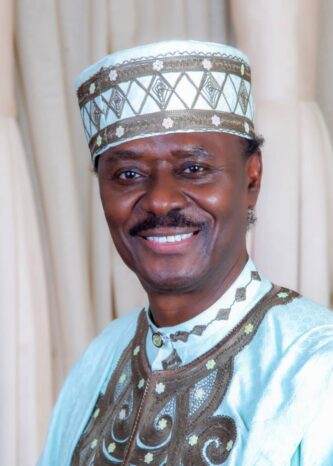 Crowd at rallies not indication of support for party candidates- Okotie

Advocate for Interim government, Rev Chris Okotie has said the massive crowd at political rallies is not an indication that party candidates are enjoying the support of the people.

Okotie in a statement by his media adviser, Ladi Ayodeji, said most of the crowds are a mixed multitude that want to satisfy their curiosity.

Rev Okotie has been promoting his Aboriginal Democracy agenda as an alternative to the current system of government.

He said politicians also engage in crowd-renting to boost their ego and show that they have a mass following.

He said that is why many of the rallies are filled with the same set of people. “Many of them go to these rallies purely out of curiosity, to catch a glimpse of the political leaders or to be part of the action.” the statement reads in part.

Okotie insists that Aboriginal Democracy is the only concept that could produce the change Nigeria needs, not an election as it is being pursued.

Okotie said:’Nigeria’s second attempt at democracy has failed us as a nation.’

He insists that an interim government is required to fashion a new, effective constitution that would be acceptable to all the federating units before a realistic election could be conducted.

‘The present constitution is a unitary one and is inconsistent with our cultural realities being a product of retrogressive elements’, he said.

Okotie concluded that those who are opposed to restructuring are benefiting from the current system of recycled leadership, which has produced the present economic stagnation.

Appreciate hearing from ChurchTimesNigeria here in the USA