Trending Now
Getting out of the entanglement of generational affliction
Church health, multiplication focus of our February conference-Akin...
Alex Bamgbola was a practical Christian, hospitable-Lagos PFN...
WATS gets new provost 8 months after Pastor...
Building a lasting Legacy. The how, the When,...
Faith Comes By Hearing steps up Oral Bible...
RCCG pastor takes early retirement, starts own ministry
Uma Ukpai prays for Obi says, “Lord do...
Bonnke’s successor, Evang. Kolenda drops bombshell, says, “Anointing...
A “widow’s” lamentation and lessons for RCCG, others...
Home News CAN expresses shock at Obadiah Mailafia’s demise, tells FG to Immortalise him 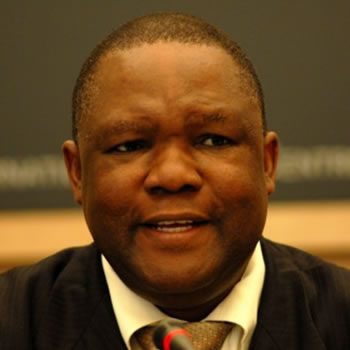 CAN expresses shock at Obadiah Mailafia’s demise, tells FG to Immortalise him

The Christian Association of Nigeria (CAN) has called on the federal government to immortalise the late former deputy governor of the Central Bank of Nigeria, Dr. Obadiah Mailafia who died on Saturday.

In a condolence message signed by Barr. Joseph Bade Daramola, CAN said the demise of the economist was a rude shock and a great loss to the country and the Church.

“We call on the Federal and Kaduna governments to immortalise him. The people of the Middle Belt too should not forget the man who served them to the end.”

The association promised to honour him during its forthcoming anniversary celebrations.

The association states, “We are dumbfounded by the sudden relocation of a voice of the voiceless, a voice of courage, wisdom and reason, a patriot par excellence, a genuine Christian, Dr. Obadiah Mailafia when the Church, nay the country needs him most. Such a voice is needed now when many well-meaning Nigerians are keeping silent at the time they are expected to speak against the unending and unprecedented killings and kidnappings in the country as a result of the collapsed and compromised security architecture.”

The Christian body described Malaifa as a foremost defender of the masses and the Church saying it was comforting he died a martyr.

Part of the statement reads, “Our consolation is that he not only died on duty for the Kingdom of God as a martyr but refused to compromise his faith in the Lord and Saviour Jesus Christ. He served God till his last breath. Here was a Christian leader who refused to be cowed or intimidated because of his resolve to see a new Nigeria.

“Although he had what it takes to be insensitive to the yearnings of the downtrodden people, like Moses, he decided to pitch his tent with the oppressed. His death is a great loss to the Church and the country.

“Our hearts go out to his immediate family, the government and the people of Kaduna State and the country. May God console and comfort all the bereaved in Jesus’ Name.”