Trending Now
A “widow’s” lamentation and lessons for RCCG, others...
God’s word: A case for non-English speakers in...
Adeboye: Some women consider it privilege to sleep...
Despite challenges, God has been good to Nigerians...
Writers save lives, solve problems says Omotosho @...
Prince Harry’s book that hit 1.2m sales in...
Ex-Apola king, Idowu Animasawun celebrates 85th birthday with missions...
Nigeria can’t make progress if the Church is...
Peter Obi: I have not promised I will...
2023 elections and the imperative of divine timing
Home News Bishop Odedeji gives insight on acceptable service @ investiture of Guild of Stewards’ president 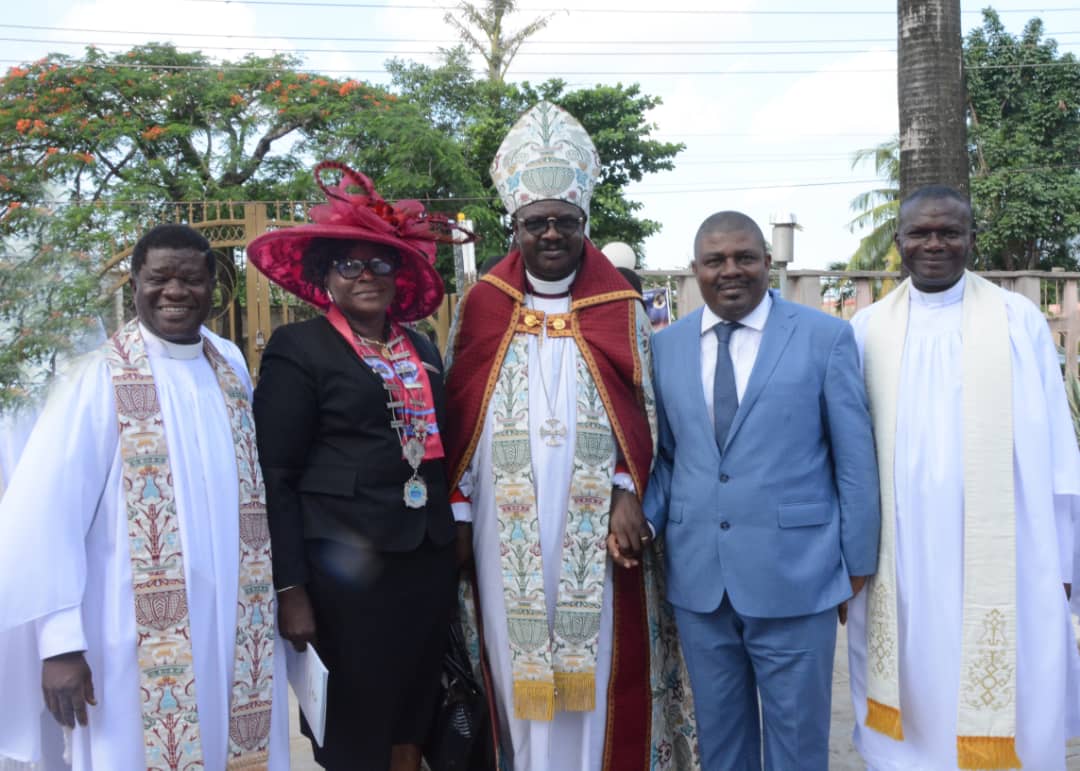 The Bishop of the Diocese of Lagos West of the Anglican Communion, The Rt. Revd. Olusola Odedeji has observed that not all services are acceptable to God; no matter the magnitude of the service.

Odedeji made this known on Sunday, May 29 while delivering a sermon at the investiture of the President and induction of executive officers of the Guild of Stewards of the Diocese.

The stewards are church workers charged with the maintenance of order during service in the Anglican Church.

They are often seen at the entry points of churches in the Communion. They are also in charge of collecting offerings during service. They are the equivalent of ushers in some other churches.

Not all services are acceptable 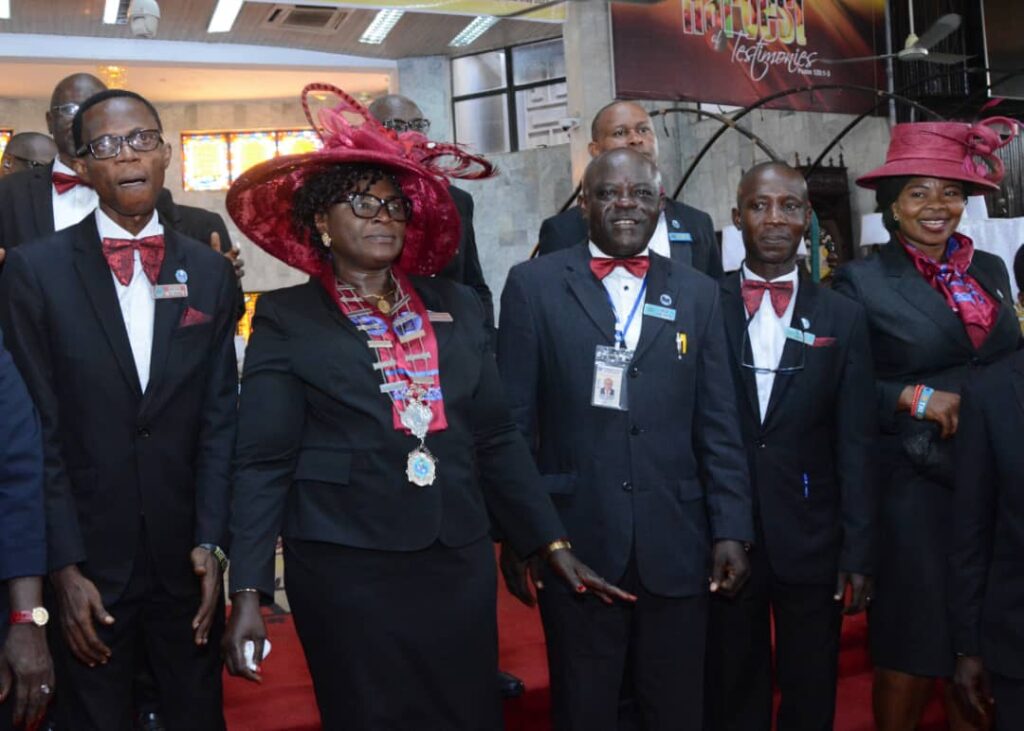 At the ceremony which was held at the Archbishop Vining Memorial Cathedral Church, Odedeji told the guild that some services are acceptable to God, and some are not.

Citing the example of Cain and Abel in the Bible, the Anglican Bishop said, “In the past, many services were rejected by God. Cain offered something to God. We don’t know the quality of what he offered. But God rejected it. The Bible did not say what he offered was bad.  It is just that God did not accept it. But God accepted that of Abel his brother.

“God first looks at the man before he looks at his offering. Our lives will either make or mar our services to God. Services are acceptable when God is pleased with the person rendering the service. Our acceptability has to do with our lives.  The services we render will receive the approval of the owner of the work based on the kind of life we live.”

He noted that everybody has the opportunity to serve but not everyone uses it well. “There is nobody who does not have talents. But it is not the talent that matters but the service we are able to render with it and our lifestyle.

“God will not ask you what he has not given you. Whatever God has freely deposited into your life will be required of you on the last day. The man who got one talent according to the parable of the talent as read in the Bible was filled with jealousy. He refused to render service with that one talent.  At the end of the day, he forfeited his portion.” 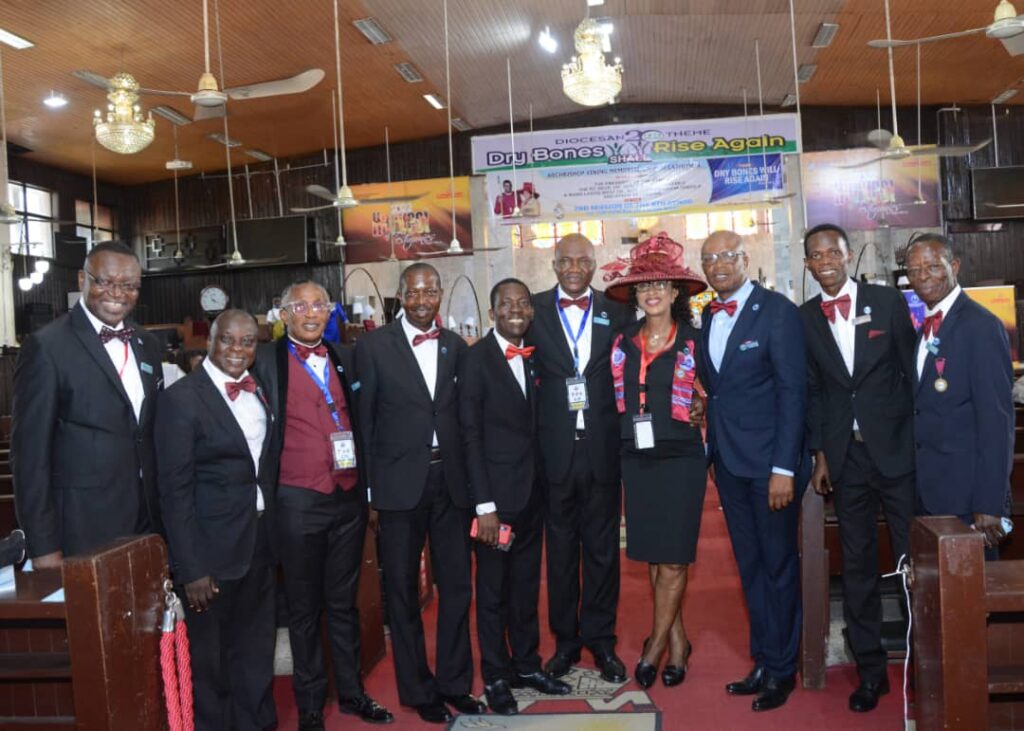 Some officers of the guild

The Anglican Bishop then went on to give the qualities of acceptable services before God.

According to him, before any service will be acceptable, such service has to be dedicated to God and must be done joyfully. “You don’t serve God with a grudge. You have to be excited while doing it. You also have to do it willingly and heartily.”

He reasoned that whatever is not worth dying for is not for the Lord. ”You must be willing to give your all and work with the whole of your heart in whatever you do for the Lord. Your service to God must not have any ulterior motive”

Odedeji chided those who infer that some people are getting something that is why they show a lot of zeal in God’s vineyard. “This is a bad mindset.”He said, adding, “Some people are just not comfortable with people who give their all. They always believe that person is gaining something. They don’t believe people can render selfless service” 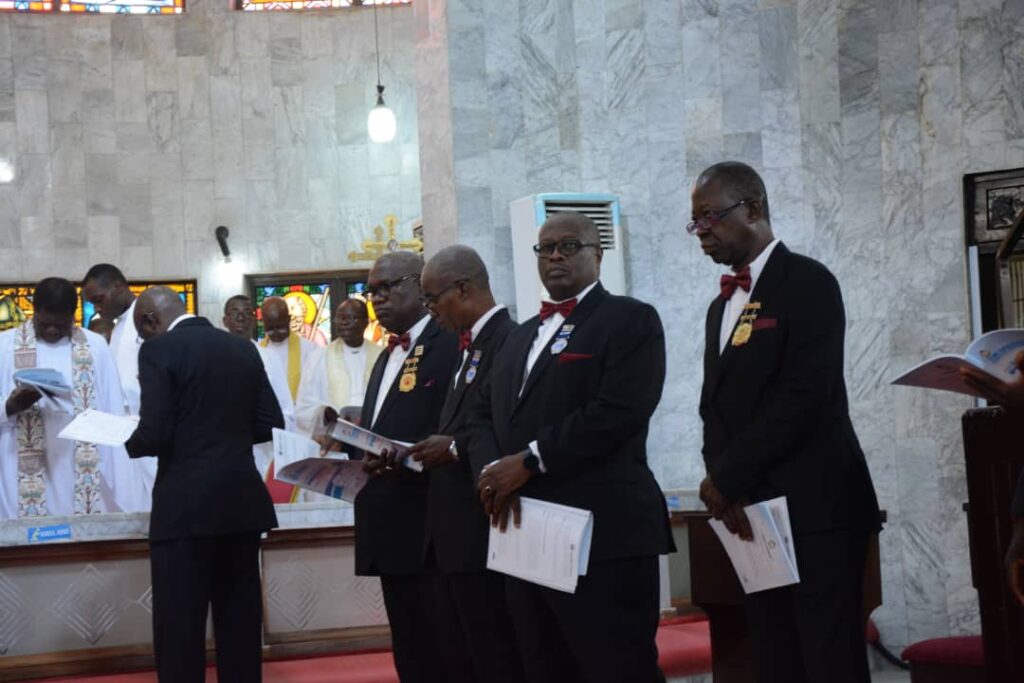 Some officers of the Guild of Stewards

Do not relent in offering service

He then urged the stewards not to relent in their service noting that God is their reward.

“Please do not mind the scoffers.  You are not being paid for what you do, but you are being lifted by God in your various endeavours. God is the one paying you. While we are doing God’s work, God is settling our homes. You’re on the payroll of God,” he said.

The Anglican Bishop further counseled the stewards to stay away from discouragement. “If you’re waiting for people’s commendation you will be disappointed. When criticism is constructive learn from it. When it is damaging throw it away.  Know this, if you’re going on a journey and you don’t have any opposition, it sure means, you’re traveling with the devil.  There is nothing good being done for God that will not face opposition,” he said.

He also called on the stewards to be accountable to God while also adding that “God’s vision will not lack God’s provision. You must serve God with accountability in view. You are accountable to God. Your service has to be selfless. Stewards should not play to the gallery. You’re doing it because you know you must do it. Man awards but God rewards” 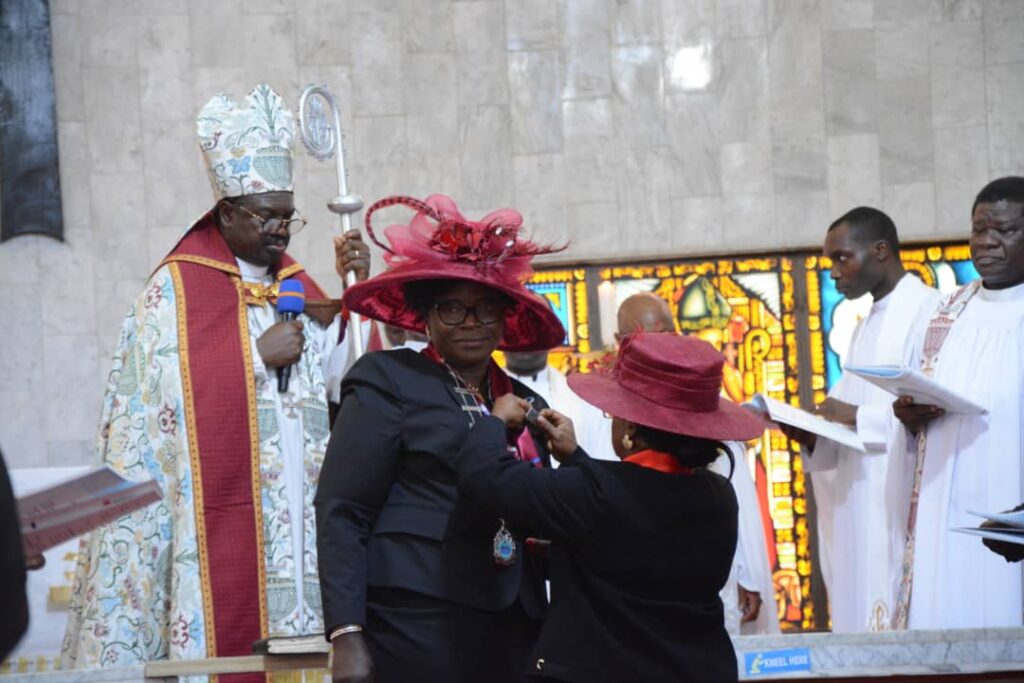 Odedeji said he had noticed some exponential growth in the Diocese’s guild of stewards since Sister Felicia Abosede Oyeleke became its president.

Oyeleke was being sworn in to lead the guild for another period of two years. 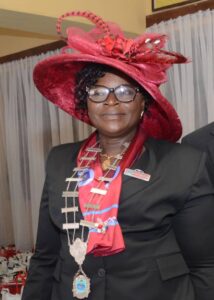 Odedeji described her as a hardworking woman, whose priority is to serve God. “You’re an exceptional woman. I thank God for your life. Everything about you is about service. I also thank God for your husband who has given you the opportunity to serve.”

Sister Oyeleke is the first woman to lead the Guild in the history of the diocese.

She told Church Times that the next two years would be used to consolidate on the gains of the previous year. “Our focus will be to render more services and strengthen our cooperation with priests in various churches to make every service a beautiful experience for parishioners. We also want our priests to see us as partners in the service of God.”

About 400 stewards from over 300 churches in the diocese were present at the ceremony. Oyeleke and 22 other officers were sworn in to manage the affairs of the guild for another period of two years.