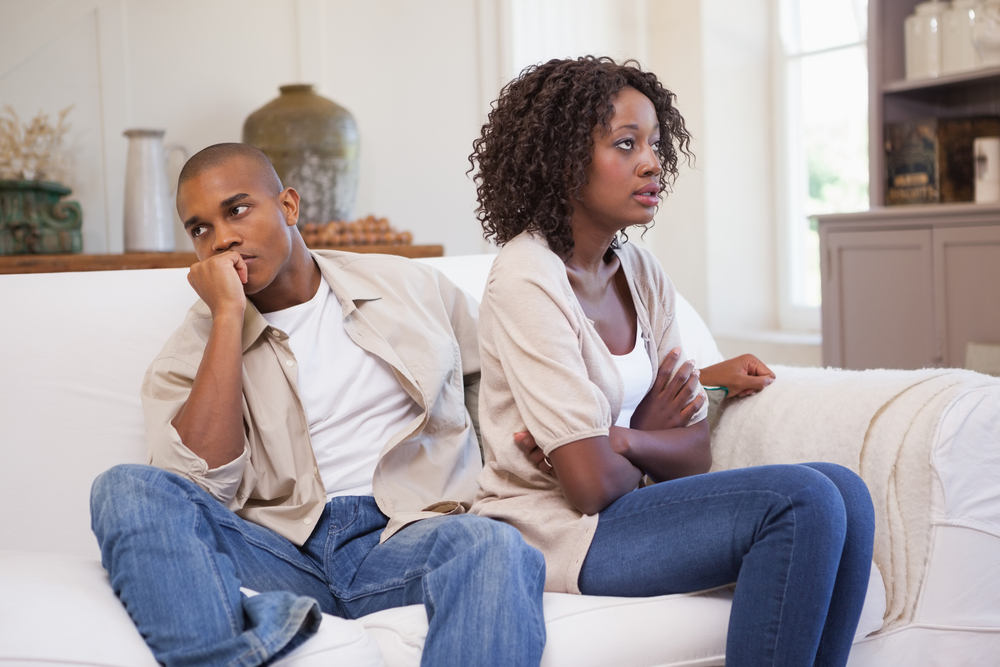 A foremost Christian faith father expressed his grave concern about the dangerous trend of the increasing rate of divorce in the society, and in particular, among Christian couples which is the consequence of bad marriages. In a tone depicting a deep concern, the popular clergy believes that both sexes are endangered species in a marital crisis situation that has been leading to tragic deaths of warring spouses.

“I don’t miss any of your articles on marriage and societal ills. It is appalling to see what the institution of holy matrimony has turned to. By the privileged position some of us occupy in the Body of Christ, I can confirm to you that many men are also suffering. In fact, some are dying in silence. It is women’s ordeals that we get to hear more but many men are languishing in pains and regrets in their matrimonial homes,” he said.

When I reminded him of the miserable condition and danger inherent in making wrong choices as the root cause of bad marriages, he said his concern was how best to intervene and curtail the sad cases of spousal murders which are becoming rampant these days.

Like those who have expressed deep pity for spouses stuck in bad marriages, he restrained himself from recommending divorce as a possible solution but he’s of view that separation that would give room for peace during which contending issues can be resolved was preferable.

Religious tenets, cultural and societal values will rather work to preserve homes than allow separation or divorce. The truth is that nobody ever wishes to experience a broken home! It is harrowing especially when children are involved. But now that acrimonious marriages have become shorter routes to the grave, something urgent and feasible has to be done.

I have listened to several marriage counsellors and relationship coaches giving analytical prognoses and offering solutions to diverse marital issues.

However, where the causes of disputes are fundamental or spiritual, such troubled marriages do not respond to prescribed solutions. But in families where their issues are neither spiritual nor fundamental, then, those academic, professional, and experiential approaches to character modification and attitudinal adjustment would work well.

Beyond sexual immorality, factors leading to divorce these days are many. The choice of life partners we make is key. Whoever ends up with a wrong choice should not hesitate to quit when their life or health is in jeopardy. That is not to say good and promising marriages won’t have their own fair share of challenges; of course, they do but it will be workable, amendable, and bearable without regrets or much pain.

It is in such a situation that God wants us to learn patience, endurance, increased faith in God, appreciating each other better and understanding love languages, working on ourselves to become better, less snappy but more tolerant as well as interceding in prayers for the home.

Leaders are often evasive in their responses whenever they talk about a bad marriage. Save expressing pity and compassion on the victims, they’re cautious in offering suggestions on the way out of bad marriage. Sadly if the unexpected happens, people will blame the dead for staying put in a life-threatening marriage whereas if the late had attempted to quit, it is the same set of people that would mount pressure on the person to stay back. They will use all kinds of reasons and sentiments including children, fear of the unknown out there, the religious and societal stigma, etc until it becomes too late to help.

Need for convocation on marriage matters

Absolute truth! It takes only God to RESCUE the victim! My question is how will the rescue operation take place? Certainly, it is not safe to remain in the troubled or jinxed marriage and neither separation nor divorce was suggested, I’m sure death is not the rescue that Daddy G. O was referring to here, neither was it the rapture. I will leave the rest to your judgment.

This is one of the reasons I’m advocating for a solemn assembly of God’s Generals in this generation to come together and review the institution of marriage in view of the existing reality in order to stop spousal murders and curtail incessant marital breakups. In the days of the Apostles, knotty issues were tabled for robust debate and consideration in Jerusalem from where solid and acceptable decisions were made for the Church. Such resolutions are still binding on all believers to date.

As representatives of Christ, the Church leaders have such mandate under the leading of the Holy Spirit to painstakingly juxtapose the reality of our situation in line with the scriptures to come up with new rules and guidelines regarding holy matrimony for us. Shying away from frontally tackling the problem is cowardly and it’s not helpful at all.

For real, some men are not fortunate with good wives. No matter how hard they try, the little support they need from their wives to achieve something for the family is denied. Some women would rather spend their money on aso ebi, makeup kits and other frivolities than cooperate with their men for the good of the family. Such callous women hardly last in marriage.

A number of men had died prematurely due to marital problems but they’re unsung victims because they are not women. Many are still weeping in their closets without anyone to comfort them. In case they choose to speak out, who will listen to or even believe their stories? Single dads are more in pain than single moms. Let’s be kind to each other in marriage, please! Men are dying silently but nobody cares!

I do receive calls at least three to four times a week from people complaining about the kind of ugly situation they found themselves in their marriages. Beyond the acts of infidelity and sexual immorality, women complain more about uncaring and gross irresponsible attitudes of their men.

Candidly, stingy men are worse than philanderers! I have lost count of cases I could mention here but more homes have broken due to acts of irresponsibility as demonstrated by stingy and selfish behaviours than infidelity.

A miser is a killer! He would rather watch his spouse being overwhelmed by financial challenges than part with his money to save her situation. Stingy men and violent husbands are the same. While one kills with punches the other kills with neglect and callousness. Misers are shameless lots who would not mind being fed by their wives even when they have money to give but they withhold it. They ignore and laugh off insults hauled at them provided their money remains in their pockets.

Only a limited number of them are moved by the needs of their children. They smartly abdicate their responsibilities by pushing their primary responsibilities to their wives or at best share the bills. I’m not referring to jobless, struggling, or needy men who have little to offer, no, I mean men that are able but unwilling. You know what? Such niggards are horse riders in the bedrooms who are always in the mood for their women’s attention. This is one of the reasons they quarrel often. Bad guys!

‘We’re All Work in Progress’

Last week’s edition elicited widespread responses from far and near. I forwarded most of the responses to her. Emails are still dropping as I wrap up this column yesterday. As divergent as the views and opinions canvassed were, they’re all valuable even when some were judgmental.

She sent in a word of appreciation to readers who took the time to communicate their responses. She also spoke with some persons who had genuine reasons to contact her through me. Her message reads:

“I wish to express immense appreciation to everyone who reacted/responded to my story. I patiently read all the analyses, suggestions, and criticisms. I do appreciate all. I intend to apply the useful pieces of advice to chart a course for the future, with God on my side. We’re all work in progress in the hands of our Creator. I believe in Him for the best in all things. Thanks so much, good people and God bless you all. From Mrs. I. Anthony”