Trending Now
A “widow’s” lamentation and lessons for RCCG, others...
God’s word: A case for non-English speakers in...
Adeboye: Some women consider it privilege to sleep...
Despite challenges, God has been good to Nigerians...
Writers save lives, solve problems says Omotosho @...
Prince Harry’s book that hit 1.2m sales in...
Ex-Apola king, Idowu Animasawun celebrates 85th birthday with missions...
Nigeria can’t make progress if the Church is...
Peter Obi: I have not promised I will...
2023 elections and the imperative of divine timing
Home Editorial Pastor Ashimolowo, Ikoyi building and the God factor 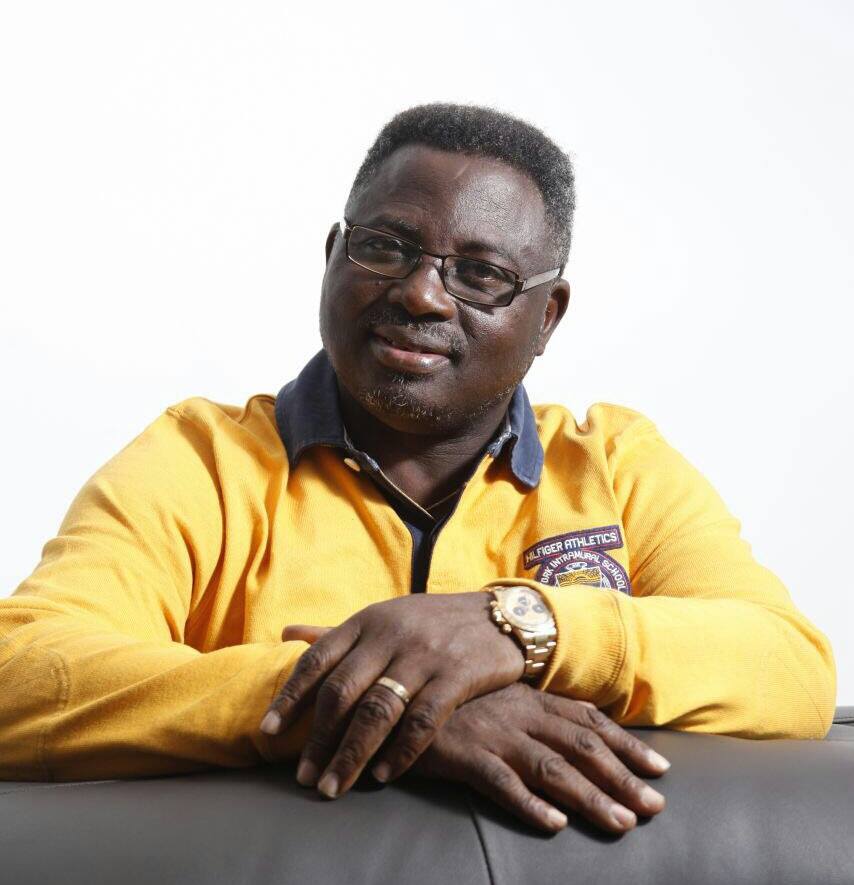 He was not the builder. And he is not a trained builder either. He is just a preacher of God’s word.  But his name is almost on the lips of everybody following the Ikoyi incident.

Why? Just in July at the Commonwealth of Zion convention in Abuja, Pastor Ashimolowo preached a striking motivational sermon during which the name; Femi Osibona became a refrain on his lips.

By the way, Osibona was the builder of the edifice in question. Unfortunately, the man died in the rubbles of the collapse along with several other people.

Some were rescued alive. The rescue work is still ongoing. We can only hope against hope. The tragedy is one too many. May the Lord comfort all those who lost loved ones.

The COZA message in circulation

But how did Ashimolowo come into the picture? In his message at COZA, He narrated the grass to grace story of Osibona with glee. He told the congregation how Osibona almost at every turn of his breakthrough came to receive a “Papa’s” blessing from him.

First, it was Ashimolowo’s books that Osibona read, then he came for the anointing and impartation. Ashimolowo, cut the picture of a proud father of faith talking about the exploits of his son in the Lord.

He talked about how he gave him direction. And then, the miraculous leap Osibona experienced after every prophetic pronouncement on him.

He held his head high, sort of beating his chest at the incredible work being carried out by Osibona to the admiration of his listeners.

The KICC founder perhaps never imagined that a day would come when the testimony would become a point of reference.

Adewale Adefuye a one-time pastor in KICC in a Facebook post said he knew the video clip would be dug up as soon as the Ikoyi building collapsed.

Ironically, he said Pastor Ashimolowo had taught him about the sacredness of the pulpit.

His exact words,  ‘Such an endorsement is ill-advised. As a younger minister, I learned from Pastor Ashimolowo the sacredness of the pulpit. The minister’s pulpit is a platform that should be used with uttermost care especially in climes where many of the congregation are highly impressionable. It should never be used to settle a personal score, promote self, or the mundane.

“In societies where every word from the mouth of the man of God is perceived to be coming from God, the minister owes the weakest of his immediate congregation a duty of care that his words do not lead such to stumble or go astray.”

That seems a sublime counsel. The counsel could as well be for many of us who mount the pulpit. Pray, who will not showcase the success from his own loins? The average preacher is often tempted to shout on the rooftop how God had used him to bless people’s lives.

Many of us are guilty in this regard. “Oh, the man secured the job, shortly after I prayed for him”  “I was invited to pray for a mad man, as soon as I stepped into the room the mad man is, the madness disappeared.” ”The woman has been looking for the fruit of the womb for well over two decades. But as soon as she came to my church, the Lord opened her womb”

These foregoing are just instances of the way many of us share testimonies. But then, is it not to the glory of God? What is wrong with sharing such phenomenal testimony? It is believed that Ashimolowo’s endorsement of Osibona is far-fetched.  But who will not identify with an obvious success?

Ironically, Ashimolowo’s message was not an issue long before the building collapsed. Perhaps some were waiting in the wings like monitoring spirit, watching the progress of Osibona. Or how else can one explain the resurrection of the video clip shortly after the building collapsed? Is it not like saying, Ashimolowo, can you now see the man you were endorsing?

On the other hand, some might have been inspired after Ashimolowo’s delivery and are quietly on their way to a breakthrough. Indeed, if Osibona’s 21 storey-building had become a success story, the stakes for the KICC founder would have been high. That feat would have become a recurring decimal in his messages.

One Aisha Mundiata in her intervention concerning the Ashimolowo viral video says  “It depends on the use to which the story is put. I see no wrong if it is meant to encourage hard work. Speaking in COZA you can bet that the story is spun to milk the gullible hearers to ‘tap into the anointing.’

Mundiata reasons that attributing the developer’s success to Ashimolowo’s input is where the problem is. She said, “Firstly, it was his tapes. Secondly, his prayers. Thirdly, his laying on of hands.”

A little recourse to the Bible will help. When Peter and John prayed for the lame man at the beautiful gate and the man began to walk almost immediately, there was a lot of attention on them.

In the first place, they did not need to announce the miracle to the world. The miracle drew attention to them naturally.

Rather than bask in the euphoria and make a sermon on how they have become so adept in working miracles, the disciples pointed the crowd to Jesus.

Peter said,  “Men of Israel, why do you marvel at this? Or why look so intently at us, as though by our own power or godliness we had made this man walk?”

The bottom line is that Peter immediately distanced himself from the miracle. And if you check through the New Testament and indeed throughout the Bible, many people that God used for great works never dwelt on the miracles.

Jesus talked less about miracles though he performed miracles throughout his ministry. In many of his sermons, he talked about eternal issues. The apostles did not spend time talking about how God used them to perform great feats.

Many of us don’t have the comportment of the early church. Miracles God performs through us often become a reference point in subsequent messages. There are some testimonies that are not given attention in some assemblies if the name of the General Overseer of the church is not mentioned as the facilitator. It is that bad.

Truth be told, Pastor Ashimolowo’s delivery in that viral video is not unusual in the Nigerian context. And we should not call for his head. But rather, we should reflect on the way we carry about our own lives and our walk with God.

It is sad that Osibona and many people died in the rubble. That should be enough pain for us. From previous interviews the builder granted, he seemed to be a Jesus’ lover. The theories about cutting corners and some of his alleged excesses are neither here nor there. It will be unfair to make postulations on those issues until the outcome of the investigation.

When people in other climes embark on what Osibona tried to achieve, we hail them.  Accidents happen in other countries and many see those things as accidents. Some accidents are programmed to happen; while some happen due to errors of judgment.

It’s like going to the market to buy fake drugs. Nobody in his right senses will buy fake drugs and administer the same on himself. But somehow there are fake drugs in the market. No matter how hard you try, you may not be able to determine the fake from the original. So, we need to patiently wait to know the cause of the collapse from the panel set up by the government

Where was God when the building collapsed?

What is clear is that Osibona was a man with ambition, zeal, and desire to do the unthinkable. He was a lover of God. Many will naturally ask, where was God when the accident happened? This is an ancient question. Where is God when it hurts? Why do bad things happen to good people?

Again, we will be walking on a minefield if we begin to probe into this. The bottom line is that God remains on the throne and in our hearts. Sometimes we are tempted to equate God with a fire brigade officer who is always going up and down to arrest situations.

We forget he is the God of process. He is God of order. There are principles that guide His operations that are not known to us.   While we are so fixated on our own earthly pursuit, God is fixated on eternal pursuit. He sees the world from the eternal prism.

God will have the last say

While Satan may seem to be having a field day, taking lives and destroying destinies, God will have the final say in the eternal journey of man. So, whether we die by accident or quietly, it will not matter in the long run. What will matter will be whether we are in His will.

While we keep trying to figure out what went wrong, it is important that we take a look at our own personal lives. In what way are we getting undue attention to ourselves? What is God saying about our dreams and ambition? There is nothing wrong with having a grandiose ambition. But there is everything wrong if our ambition is about self and not about the common good, the glory, and the purpose of God.

Sex Palaver: A raging storm in the home of pastors

A “widow’s” lamentation and lessons for RCCG, others...

Miracle seekers, the church, and the miracle we...

Pulpit, politics and the Church: Managing a tripartite...

Muslim-Muslim ticket, the Church, and the destiny of...