Trending Now
A “widow’s” lamentation and lessons for RCCG, others...
God’s word: A case for non-English speakers in...
Adeboye: Some women consider it privilege to sleep...
Despite challenges, God has been good to Nigerians...
Writers save lives, solve problems says Omotosho @...
Prince Harry’s book that hit 1.2m sales in...
Ex-Apola king, Idowu Animasawun celebrates 85th birthday with missions...
Nigeria can’t make progress if the Church is...
Peter Obi: I have not promised I will...
2023 elections and the imperative of divine timing
Home News Adebiyi’s transition: What he told me when he retired- Bishop Odedeji 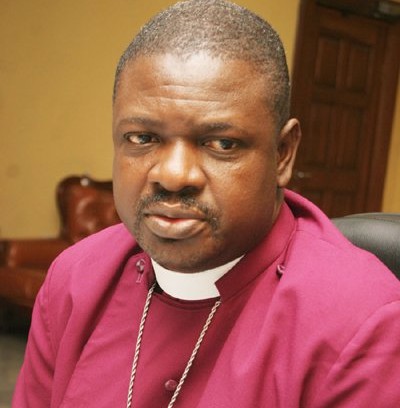 Adebiyi’s transition: What he told me when he retired- Bishop Odedeji

The Rt Revd Dr. Olusola Odedeji was the first chaplain appointed by Bishop Peter Adebiyi when he was translated from Owo Diocese to the Anglican Diocese of Lagos West as the pioneer Bishop. He also succeeded Bishop Adebiyi  when he retired.

In this interview with Church Times Nigeria, Bishop Odedeji who has served for 9 years as Bishop of the diocese and still counting recalls fond memories of Bishop Adebiyi.

What were the circumstances that made you Bishop Adebiyi’s first chaplain when he was translated from Owo to the Diocese of Lagos West as the pioneer Bishop?

Well, he told me that when he was translated to the diocese as the pioneer bishop, he made inquiries from people in Lagos on who could best fit into the bill as his chaplain. He wanted somebody who knew Lagos well. Incidentally at that time I was serving in the cathedral as a curate and was extremely loved by members of the church. I guess some people suggested my name to him.

He came from Owo with his old chaplain, the now Ven Samuel Olajide, who is now the Archdeacon of Oshodi. But I was the first person he appointed when he got to Lagos.

Bishop Adebiyi was an amazing individual. The first time we traveled together to his hometown, he insisted that I had to sleep in the same room with him even though there were several other rooms I could sleep in. That night I could not sleep. I was so conscious and intentional not to hurt him.  It was strange to me that he would insist I should sleep in the same room with him. But then, I saw that gesture as the highest show of love from a father to a son.

We were so close that we carried out some activities together. There were times when we traveled to his hometown, we would pound yam together. He would be the one dropping the yam in the mortar and I would be pounding. That was the extent of our closeness. He would always tell me that it is not only the person you gave birth to that is your son, that all the people around you that God gives you the grace to father are your children.

Eventually, having spent about four years as his chaplain, he posted me out of the cathedral. But the relationship between us continued. He even sought my advice on who should take over from me. That was when I suggested Ven. Dr. Tope Tapere who is now the Archdeacon of Festac Archdeaconry.

Venerable Tapere did so well as his chaplain. When he needed somebody to replace Ven Tapere, he still called me. It was Ven Johnson Adebiyi and me who suggested the now Ven. Taiwo Olupitan as his chaplain before he retired, he then appointed one Rev Canon Kayode Olubodun who actually retired with him. This is to tell you about the kind of relationship we had. 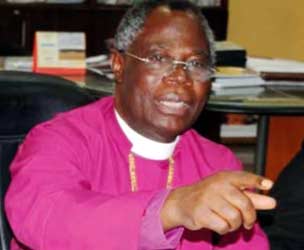 For him to consult you for several other appointments is an indication of the trust he had in you.

That is one thing I have never thought of. It only tells you the kind of person he was. He sent me to everywhere in his room. I was like his treasurer. I knew everything about his income and resources. If he wanted to buy anything, he would put me in the picture. But I never had an inkling that I would be Bishop because I was quite young. But I had learned that whatever you find yourself doing, do it well. And once you are open and honest, people will know. But if you are pretending people will know too.

What were those things you think he saw that endeared you to him?

He loved people so much. Baba always wanted people around him. He would want to always help people. He derived joy in people’s joy. When Baba had anything, he looked for people to share it with. Even when he was angry, he meant well. And you know. There was no pretense around him. He celebrated people when they had done well.

Another good thing about him was that he had the spirit of forgiveness. He forgave easily. When you think he would throw you away, he would not. One thing I know could be a weakness is that he could be too trusting. I remember at one occasion, some people were saying wonderful things about him. But I stood up to talk and say he could be fantastic but that he could be too trusting. It’s good to trust people, but then one has to be conscious of the fact that a friend today could be an enemy tomorrow. So it’s good to leave a bit of a gap so that one would not be disappointed.

No human being can be God. But humanly speaking, Baba was just a great personality. Even on the sickbed, Baba would appreciate efforts. Whenever he heard my voice, even though he was sleeping, he would wake up and ask me to come in. He would hold my hands and be praying even at the point of death.

What are your recollections of his retirement, how did it go?

It went well. He actually wanted me to succeed him. My coming on board was like an answered prayer for him. He felt having been here for 13 years and if nobody was capable of succeeding him, he had failed. That was why he prompted that I should succeed him. He was very friendly and spoke to me about the diocese from A to Z. There were times we had to leave the hustle and bustle of Lagos to have a retreat where we discussed critical issues about the diocese.

He handed over everything to me one by one. He also gave me some pieces of advice. He told me how he ran the diocese but that I was free to bring up my own method. He gave me free hand to work. The transition was so smooth because I had been part of his administration when he was bishop of the diocese.

Even before I became dean of the cathedral, he would call me to sit down with him while addressing some prominent church people and trying to find solutions to some crises in some churches.

Then I didn’t understand what he was doing. But I guess he had a premonition that I would succeed him. The idea of me becoming a bishop did not start at my election.

I remember there was a particular time he went for a confirmation service somewhere. He called me to the vestry at the church and gave me his mitre. As a chaplain, I held it and he said to me that I would also wear it someday. I did not say amen. I never used to say amen to such prayers.

There were other occasions he would pray that I too would receive the kind of honour I was according to him. I would still not say amen. The way we were brought up was to hold our leaders in high esteem and not do eye service. I was honouring him not to get anything in return. I was just being myself.

One day I was with him very early in the morning in the Bishop’s court. There he prayed again and said Iwo na agba ooo...meaning, you too will receive the honour you are according to me. I did not say amen as usual. He then asked me to kneel down and said to me that I should always say amen whenever he prayed such prayers for me. So I began saying amen.

And it happened. Some disgruntled people came to me to peddle some lies about baba. By the time I confronted him, he would laugh and say, Bishop, I have told you that people would say all kinds of things. He kept warning me not to believe what people say. That has largely helped me to keep away from unnecessary insinuations in the diocese. It has also kept me focused on my goals and aspirations.